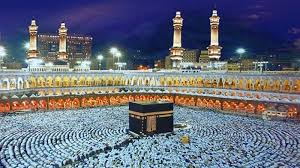 The National Hajj Commission in Zamfara has confirmed the death of three local government chairmen from the state, in an auto crash in Saudi Arabia.

The Public Relations Officer of the commission, Malam Yakub-Yahaya Talata-Mafara,who  confirmed the death said that the accident occurred around in the early hours of today, while they were travelling from Makkah to Madina, Saudi Arabia.

According to him, the victims are six local government chairmen of APC from the state.

“Three of them died, while three others are receiving treatment at Saudi Arabia Hospital,” Talata-Mafara said

He said that the remains of the deceased were under the custody of the Saudi Arabian authorities where they would be processed for burial.

“Hajj officials of the Zamfara contingents are making the necessary documentation to join the Saudi Arabian authorities in order to give the deceased befitting burial,” he said.

Reacting, the state APC Chairman, Alhaji Lawal M-Liman, described the death as a great loss to the state and Nigeria as a whole.

M-Liman described the deceased as loyal members of the party who had been in good relationship with their communities.

Share
Previous The African Road to China By Owei Lakemfa
Next As Battle for PDP Ticket Thickens: Who Blinks First?