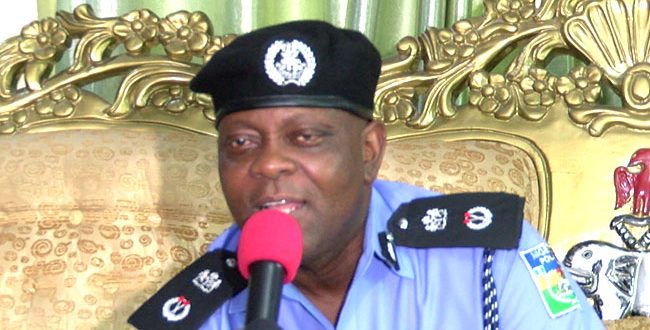 August 30, 2018 Comments Off on Police Sergeant Looses Life to Mob in Lagos 36 Views

A mob protesting the alleged murder of a youth today attacked a police patrol team in Ogba area of Lagos, killing a Sergeant and vandalising the patrol vehicle.

It was learnt that the protesters also attempted to raze the Area ‘G’ Command headquarters in Ogba but they were resisted by a combined team of policemen.

The police in a statement confirming the incident said five suspects had been arrested.

The statement issued by the Lagos police spokesman, CSP Chike Oti, says police were not aware of the killing of any youth in the area by policemen attached to the command.

Oti stated: “At College Road, Ifako Ijaiye, Ogba, Lagos, a police patrol team stationed at a black spot in the aforementioned location was attacked by an irate mob for a yet to be determined reason.

“In the process, Sergeant Esiabor Collins with service number 260326, was attacked and killed. Also, the patrol vehicle was not spared by the rampaging mob, which they vandalised.

“Preliminary investigation into the incident revealed that the mob, mainly youths had earlier that morning gone to Area ‘G’ Command, Ogba with the intention to overrun the police formation and commit arson but found it impregnable.

“The Area Commander in-charge later spoke to them, promising to cause an investigation into their grievances which bothered on the death of a youth who allegedly died today 29/08/18, two weeks after an alleged encounter with some policemen.

“At this juncture, it must be clearly stated that the police authorities in the state are unaware of any encounter with the deceased as no formal complaint was received to that effect.”

While warning the public against taking the laws into their own hands, the statement also says: “The Commissioner of Police notes that the penchant to take laws into own hands by some people who easily constitute themselves into a mob is becoming worrisome, to say the least.

“The Command wishes state that the deceased officer and indeed the entire patrol team had the option of defending themselves with their firearms against the mob but chose to show restraint in face of provocation but unfortunately the rampaging mob never allowed them that option hence Sgt. Collins paid the supreme price.

“The Commissioner of Police, Lagos State, CP Edgal Imohimi, notes that policemen in the state had on several occasions shown restraints in the face of provocative actions. He, therefore, warns that policemen may be forced to use their firearms to defend themselves, other people about being killed by a mob and in the protection of government assets.”

The statement, therefore, urged parents to warn their children to refrain from such acts, which according to the CP may lead to a breach of the peace and unnecessary bloodletting.”

Share
Previous MTN Denies Claim on Illegal Repatriation of $8.1B by CBN
Next Ghana May Lead Pressure on Prosperity Churches to Pay Tax