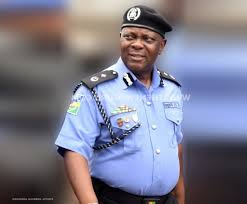 August 28, 2018 Comments Off on Ritual Killing: One Dead, Two Others Escape Jungle Justice in Lagos 30 Views

But for Police intervention today, a woman and a man allegedly found inside a tunnel in Lagos after a third person was lynched by a mob would have lost their lives.

According to the Lagos State police spokesman, CSP Chike Oti the police received information on August 27 that a woman, later identified as Folake Falade of Mosafejo-Ilogbo, in Badagry area of Lagos, was found inside a tunnel under the Cele-Niger Bridge, at Ijanikin, with a decomposing human body.

A statement from Oti says: “The discovery attracted an irate mob which nearly lynched her save for the quick intervention of a contingent of policemen drafted from Ijanikin Divisional Police Headquarters, who raced to the scene.

“The rescue team thereafter searched the tunnel and arrested one Emmanuel Gbenga believed to be an accomplice of the female suspect while the third suspect who escaped from the tunnel to avoid being arrested was caught by an irate mob who set him ablaze.

“Meanwhile, the State Commissioner of Police, CP Imohimi Edgal, has directed the Divisional Police Officer in charge of Ijanikin to cordon off the scene and ensure that the remains found in the tunnel are not tampered with pending the arrival of police forensic experts expected at the scene today 28/08/2018 for scientific examination of the corpse, the tunnel and other exhibits found therein.

“The CP said it was regrettable that despite the various town hall meetings he had held to sensitize communities in the state to the evil of jungle justice, some people at Olorunshogo community constituted themselves into a mob and took laws into their hands by killing one of the suspects who might have been very useful in the ongoing investigation had they handed him over to the police.

“He warned that anybody found to have participated in the killing of the yet-to-be-identified man will be arrested and charged for murder to serve as a deterrent to others with a penchant for taking the law into their own hands.”