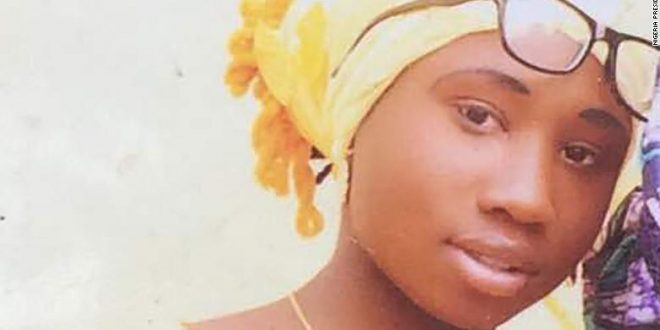 FG Must Bring Back Leah Sharibu Without Delay—CEE-HOPE

August 28, 2018 Comments Off on FG Must Bring Back Leah Sharibu Without Delay—CEE-HOPE 25 Views

…..Call for urgent action for starving IDP children in the Middle Belt

In a statement in Lagos, the Centre for Children’s Health Education, Orientation and Protection (CEE-HOPE), while reacting to the recent report of an audio recording of Miss Sharibu from Boko Haram’s hide-out, asking for help from the government to be freed as well as assistance for her family, asked for speedy respite for the school girl.

Miss Sharibu, 15, was abducted by Boko Haram terrorists earlier in February 2018, alongside more than 100 fellow school girls from their hostel rooms at the Government Girls’ Science and Technical College, Dapchi in Yobe State, North East Nigeria. While the others were returned shortly after following a negotiation with the Federal Government (except for five who allegedly died while in captivity), Leah, the only Christian girl among them was held back for reportedly refusing to renounce her faith.

‘The Federal Government has the utmost responsibility to get Leah out, especially now that we know she is alive, and that must be as soon as possible,’ said CEE-HOPE’s Executive Director Betty Abah.

The organization noted that the silence of the government for most of the time that Leah has been in captivity was both uncomfortable and unbecoming.

‘We must not go the way of the handling of the Chibok girls’ abduction by the previous government, where more premium was put on their public image than in the safety and indeed, the lives of innocent children whose only crime was pursuing their educational dream in a volatile region, nor the tokenism attending their present plight by the present government,’ the statement added.

While acknowledging the response of the Federal Government to the latest audio recording in promising to get Miss Sharibu out, CEE-HOPE urged the government to pay more than lip service to her plights as well as those of children impacted by the ongoing Boko Haram insurgency and the herdsmen’s crises.

‘Only recently, reports emerged that more than 17, 000 children displaced by the herdsmen crises in Plateau are in dire strait, following closely after a special report in The Nation Newspaper which indicated that several thousands of children in Internally-Displaced Persons (IDP)’s camps in Benue State were starving with many in urgent need of medical attention. Neither states nor the Federal government have shown any serious response since then. No government any way in the world is taken seriously if it is not a child-friendly government. And as it is today, with regards to their body language and lack of priorities for child-related issues, we do not yet have a child-friendly government in Nigeria. The Muhammadu Buhari-led administration must do more’, Abah added.

CEE-HOPE also called on the President Buhari to bring back the remaining Chibok girls still in the terrorists’ captivity. 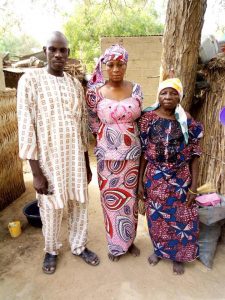