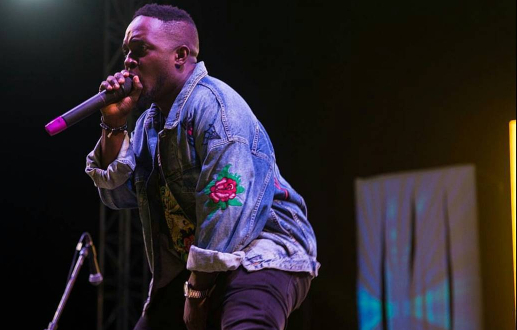 MI Abaga: I Felt My New Album Was Career Suicide

MI Abaga, Nigerian rapper, has acknowledged that his latest album is not mainstream material and that he felt it was “career suicide”.

The ‘One Naira’ rapper released his eighth album on Friday titled ‘YungDenzl: A Study On Self Worth’.

Abaga said due to the saturation of the music scene with club songs, he never expected that his album will be well-received.

“This album is actually very niche,” he said in an interview with Soundcity.

“Right before it came out I felt it’s career suicide because everybody is making songs for the clubs, for the radio.

The rapper said the lady’s voice which makes up a great deal of his latest project was from a real therapy session.

Abaga shared how the guiding voice on his album came to be.

When asked if he actually saw a psychologist, the rapper replied, “I did”.

“When I was doing the Tutu fellowship a couple years ago, there was a lady there, Karen Solomon,” he said.

“She had a session there where she spoke to us about our make-up, adult-child-parent.

“In the middle of it I started asking her questions and this lady just started unlocking things.

“She was like ‘when you were five…’ and I was like ‘Yo!’,” Abaga recalled his amazement of her accuracy.

“When we went to London to do the final session, I asked her if I could record her for an hour.

“She’s super busy but she came through. We sat in one of those dingy, quiet bars and I just brought out my laptop, brought out my microphone and just recorded her.

“Then I came back, I cut it up into pieces and I sent it her way and she approved it.”