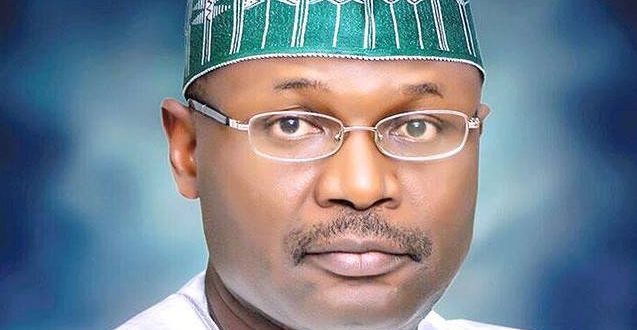 In a deft move to curtail the menace of vote buying in the country, the South South Commissioner, Independent National Electoral Commission (INEC), Mustapha Lecky, has said that the commission would redesign the structures of all polling units ahead of the 2019 general election.

The move, according to Lecky, is channelled towards midwifing a free and credible election in future polls.

“We are taking measures to ensure that it would be difficult for political parties and their candidates to buy votes.

“We are going to re-design our polling area in such a way that people cannot exhibit their ballot and show it to people in order to collect money.

“So that kind of structural re-design of the polling area is what we are going to do,” he said.

Lecky urged the media to expose political parties and candidates found engaging in vote buying during the election, to enable INEC prosecute the culprits.

“We need the media to help us reveal those who are buying votes and call them to order.

“We are not yet apprehending them, that is the work of the police, but we can provide information to prosecute them; the needed investigation will be done by the police,” he said.

On the establishment of more polling units, Lecky said the INEC would create additional polling units after the elections as doing so now would be misinterpreted by politicians.

He said however that the commission would decongest polling units and create voting points close to the original polling unit.

“Unfortunately, we are not going to create them before the 2019 election because it is very political.

“Even before we start to gather information so that we can take a decision, people are already saying that INEC has created 30,000 polling units and distributed some to some parts of the country to the detriment of other parts of the country, so it becomes very political.

“We don’t want to have that as part of our burden ahead of 2019 election.

“I am sure after the 2019 election there will be sanity, we will then take time to study all the things we have collated and go about the issue of creating more polling units, but not before 2019 election.

“We can decongest a polling unit and create a voting points not far away from the mother polling units, that is much we can do, but actual polling unit would be after the election,” he said.

The INEC national commissioner appealed to the National Assembly to pass the commission’s budget to enable it access funds for the conduct of the general election.

“We are praying that the National Assembly will have a change of heart and go ahead and pass the budget as quickly as possible, because we are running at a critical stage now.

“We need the funds to be able to do what we need to do, we are now in August and it will be September very soon and we don’t have a budget, that is a serious matter.

“Nigerians should go ahead and help us appeal to National Assembly to do the best they can to pass the budget so that we can have funds to run,” he said.