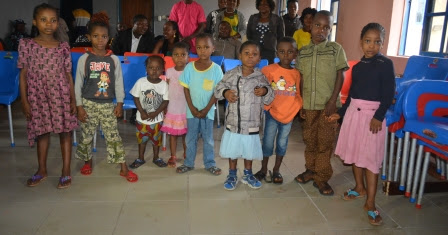 Operatives of the Imo State Police Command have arrested eight suspects in connection with child stealing and trafficking.

A total of eleven (11) stolen children were recovered from the suspects, some of whom have been identified by their parents.

The children are between 1year and 9years respectively.

Investigation has revealed that two of the recovered children, Habeeb and Wunmi were stolen from Sabo area of Lagos State.

The police authority has advised parents/guardians whose child/children are missing to report to the Public Relations Department of the State Police Command for Identification and collection of their children.

The Commissioner of Police Imo State CP Dasuki D. Galadanchi has eulogized the community policing strategic efforts of the command, saying he has resolved to make Imo State very hot for criminals to operate.