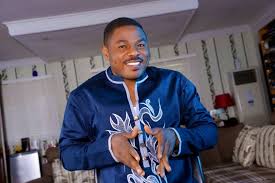 Oyo Govt Absolves Self from Demolition of Ayefele’s Fresh FM

August 20, 2018 Comments Off on Oyo Govt Absolves Self from Demolition of Ayefele’s Fresh FM 25 Views

Leading counsel to the Oyo State government, Yomi Alliyu (SAN) has told an Oyo state High court in Ibadan that the government of the state was not responsible for the destruction of the office of a popular gospel singer, Dr. Yinka Ayefele.

The case was mentioned in court on Monday

Justice Iyabo Yerima adjourned further hearing on the case till September 12 this year.

The Oyo State government had last week served a demolition notice on the building owner, claiming that the building contravened physical planning law.

According to Ayefele, the building is valued at over N800m.

The Director of Yinka Ayefele Nigeria Limited, Mr David Ajiboye, told journalists on Thursday that there was a court notice, restraining the government from carrying out the demolition.

He had also stated that all relevant documents were obtained before the construction of the building.