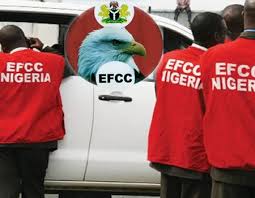 The Centre for Anti-Corruption and Open Leadership (CACOL) has applauded the Economic and Financial Crimes Commission (EFCC) over the arrest of a top official attached to the Nigeria Prisons Service (NPS) over allegations of money laundering.

In a press release issued by CACOL’s Executive Chairman, Debo Adeniran, he noted: “Dr. Imaobong Akon Esu-Nte is a level 14 officer with the Federal Ministry of Finance, seconded to the Nigerian Prisons Service as Head of Capital Accounts. This same woman was found to have in her various bank accounts huge cash deposits. Her lifestyle was also clearly above her legitimate earnings on a monthly salary of about N120,000.

“Some of the luxury vehicles and property so far recovered from her in Abuja include two Mercedes Benz cars -ML 350 4matic and GL500; a Toyota Sienna; a palatial mansion; a duplex with two-bedroom boys quarters at the high-brow Sun City Estate and another duplex nearing completion at Karu Extension. She is also the promoter and signatory to the accounts of three companies, namely: Abasiaga Global Resources Limited; Abasiano Nigeria Limited and Ememima Global Ventures Limited.

“The interesting thing about all this is that all these companies were established after she was posted to the Nigerian Prison Service and all the directors are her children, namely, Dr. Etsu David, Eme Faith and Uwen David. She also owns two other companies named Darima Properties and ID Petroleum. The accounts of these companies were said to have recorded an inflow of more than N200m between 2009 and now.

“Another startling revelation about her was that she has paid over N60m as tithes into the account of The Redeem Christian Church of God, Karu- Abuja, within a short period.

“You can then understand where Vice-President Yemi Oshibajo was coming from when he recently observed that the Church in Nigeria had not been particularly helpful in discouraging corruption amongst its members. Instead, what they preach and encourage is prosperity at all costs while quoting some verses to suit their purpose.”

The CACOL boss concluded: “It is therefore incumbent on us to insist that for corruption to be holistically tackled, account vouchers and financial transactions of religious bodies would also need to be periodically scrutinized as it is done in other civilized societies where most of these religious groups actually have their root. For as contained in the Christian holy book itself, ‘if the salt is spoilt, where cometh the good taste?’ Esu Nte could have felt that she was doing  God’s work by stealing even from the funds meant for unfortunate prison inmates and giving part of it to the Church while nobody ever bothered to ask any questions as to the source of her wealth. We congratulate the EFCC for blowing the lid off this monumental corruption and enjoin that not only should her ill-gotten wealth be confiscated and returned to the appropriate coffers, she should be further investigated and tried for abuse of office and money laundering to serve as a deterrent to others.”