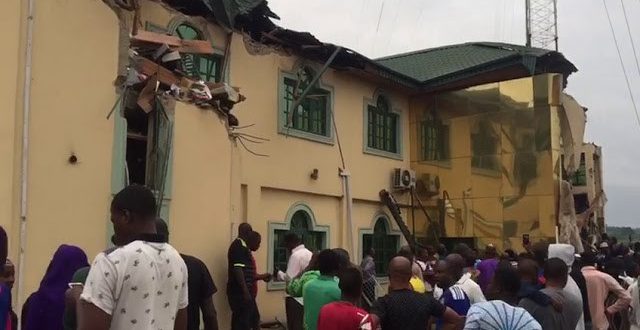 August 20, 2018 Comments Off on Ajimobi Speaks on Demolition of Ayefele’s Music House 54 Views

The Oyo State government has indicated that it will today address the media on the reasons for the demolition of parts a building belonging to popular musician, Yinka Ayefele, in Ibadan on Sunday.

The demolition of the building has attracted widespread condemnation due to perceived failure of the government to clearly explain the rationale for its action.

But the government on Sunday sent an invitation to media houses to a press conference to speak on the issue.

The statement signed by Tunde Muraina, a Special Assistant on Media to the state government, read:

“Sequel to the misunderstanding and the public outcry over the demolition of some parts of Yinka Ayefele’s Music House, the Oyo State Government will be addressing the Press tomorrow, Monday, August 20, 2018 at the Film Theatre, Ministry of Information, Culture and Tourism by 12.00pm.

“This press parley will address issues relating to events and facts on the issue as well as physical planning and development activities in Oyo State.”