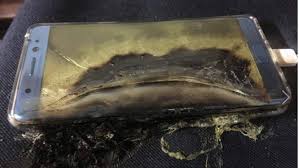 Tragedy struck as a Kenyan based in Nairobi’s slum neighbourhood of Kibera, is nursing serious burns at the Kenyatta National Hospital after a mobile phone plugged into a charger exploded in his bed as he slept.

The victim identified as Jackson Mwaniki lives alone in the neighbourhood, the Nairobian newspaper said.

The report said he was found unconscious and badly burnt in his house by a neighbour, who rushed there after seeing smoke emanating from the house.

​Mwaniki’s mother Mary Kabuu, told The Nairobian that it was by sheer luck that the neighbour saw smoke billowing from the house and went to find out what was happening.

The report did not indicate Mwaniki’s phone model.

“It happened as he slept and he didn’t know what was happening. He woke up only to find himself choking and burning,” said the mother.

“The doctor has assured us that the burns were not deep, and that he will be okay,” she told The Nairobian.

Doctors suspect the victim could have suffered a perforated eardrum following the explosion.

“He is still under assessment, we had to stabilise him first,” one of the nurses attending to the patient told The Nairobian.