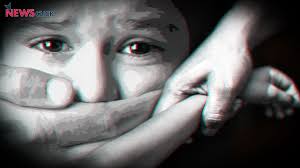 August 17, 2018 Comments Off on Police Arrests Rapists who Target Infants in Katsina 21 Views

The police in Katsina State has arrested men who were involved in four cases of rape of infants between four to nine years.

Those arrested were among various shades of suspected criminals paraded at the police headquarters in Katsina on Wednesday.

Gambo talked about the rape cases including that of a 25-year-old man who had unlawful carnal knowledge of a 4-year-old girl at Dutsen-Reme Village, in Bakori Local Government Area of Katsina; the case of a 55-year-old man who did the same to an 8-year-old girl at Unguwar Dajin Mare Village, in Dandume area of Katsina; a 9-year-old admitted at Malumfashi Hospital after she was raped, and the case of a 7-year-old who also landed in hospital after sustaining serious injuries from her rapists.

Gambo also revealed in a statement how one 30-year-old Sani Haruna and Nura Ibrahim, 26, both of Unguwar Gambo Village, Malumfashi area of Katsina conspired and raped a 9-year-old girl on August 4, and the girl, who is now at the General Hospital, Malumfashi, sustained serious injuries on her private part.

He mentioned one Abdulrashid Dalha, 55, of Unguwar Dajin Mare Village, Dandume area of Katsina, who lured an 8-year-old girl into an uncompleted building and had an unlawful carnal knowledge of her.  The victim was rushed to the General Hospital, at Funtua for examination and treatment.

One Abdullahi Sani, 25, of Unguwar Namama Village, also at Dandume area of Katsina also allegedly raped a 7-year-old girl, who went into a nearby farm to cut grasses for domestic animals.  The victim has also been taken to the General Hospital at Funtua for treatment.