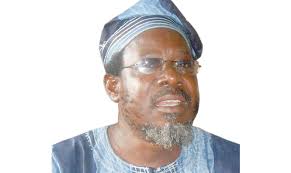 The Centre for Anti-Corruption and Open Leadership (CACOL) has applauded the Lagos State Chapter of the ruling All Progressives Congress (APC) for its decision to adopt the direct primaries option in the election of the party’s candidates for the forthcoming general election.

This was contained in a press release issued by Mr. Okechukwu Ndiribe, CACOL’s Coordinator for Research and Documentation on behalf of its Executive Chairman Mr. Debo Adeniran.

According to the CACOL boss: “The decision of the Lagos State Chapter of APC to adopt the direct primaries option is not only going to deepen democracy in the state but it will also drastically reduce the magnitude of money politics and its corruptive influence in the emergence of the party’s flag-bearers in future electoral contests.

“It is pertinent to mention that CACOL has always maintained that the option of direct primaries will give power back to the grassroots of the party and drastically reduce the influence of moneybags who have hijacked the party for a long time through imposition of candidates for elective positions. It is also our position that such imposition of candidates promoted unbridled corruption across the party and the apparatus of government it controls.

“We are optimistic that with the adoption of the direct primaries in the election of all future candidates of the party, pervasive corruption which had characterized the exercise in the past would be minimized thereby paving way for the true representatives of the people to emerge.

“We also believe that this development will sound the death knell for god-fathers in our political system since democratically elected candidates would not be tied to the apron-strings of any moneybag.

“We hereby call on other state chapters of APC and all political parties in the country to embrace the true democratic tradition of adopting direct primaries in the election of their candidates for all future elections across the nation”.