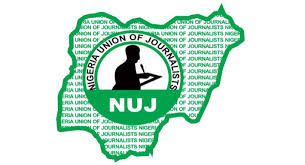 For the first time in a very long time, the Nigeria Union of Journalists (NUJ) rose stoutly in the defence of the journalism profession as the body condemned the Nigerian police over the arrest of Samuel Ogundipe, the Premium Times reporter that scooped the  investigative report of the Inspector General of Police, Idris Ibrahim on the former Director General of SSS, Lawal Daura.

Ogundipe was arrested by officers of the Special Anti Robbery Squad on Tuesday, the very day the Acting President, Prof Yemi Osinbajo directed the Inspector General to restructure SARS. Ogundipe is been detained that the headquarters of FSARS.

In a release titiled “Enough is enough”, NUJ President, Abdulwaheed Odusile stoutly condemned the harassment of journalists by the police it the course of performing their lawful and constitutional duties.

The statement reads: “The Nigeria Union of Journalists condemns in the strongest terms the arrest and detention of Premium Times Reporter, Samuel Ogundipe today by the Police and his detention at the facility of the Special Anti Robbery Squad, SARS in Abuja;

Samuel Ogundipe was arrested for reporting on the report sent to the Acting President, Prof Yemi Osinbanjo by the Inspector General of Police, Ibrahim Idris on the sacked and detained DG of SSS, Malam Lawal Daura;

The NUJ is horrified by the constant harassment and molestation of Journalists by the Police and other Agents of the State and requests that such should abate forthwith;

It should be noted that confidentiality of sources is  necessary for good journalism to flourish and Journalists should not be coerced into revealing such sources;

We call for the immediate and unconditional release  of Samuel Ogundipe and an end to all forms of impunity against the media”.