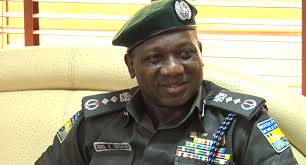 August 13, 2018 Comments Off on CACOL Commends Police for Refund of Extorted Cash 42 Views

The Centre for Anti-Corruption and Open Leadership (CACOL), has hailed the Edo state Police command for the return of N100, 000 extorted from one Emmanuel Alabede by some Policemen in the state. Alabede, a contractor was travelling from Ibadan to Abuja few weeks ago when his vehicle was stopped by a detachment of policemen along the Ibillo-Okene highway.

In a press release issued by CACOL, the Executive Chairman of the centre, Mr. Debo Adeniran, stated: “We would recollect that when we read about the illegal behaviour of the Police officers along that busy highway -specifically how they habitually extort cash from travelling passengers- we immediately condemned their action and enjoined the Police authorities to investigate the matter and bring the culprits to book.

“It is therefore commendable that the Edo Police Command swung into action by investigating and taking measures, not only towards recovering and returning the extorted cash to the victim, but also by punishing the affected officers.”

While Emmanuel Alabede’s case is condemnable is the fact that he was actually accompanied to a Point of Sale (POS) operator and coerced to withdraw money at gun point. This we regard as criminal. But we take solace in the swiftness and thorough approach of the State Police Commissioner on the matter.”

The CACOL boss also adds: “Our position has always been that any officer arrested over his involvement in a criminal act should be summarily dealt with and shown the way out of the Force. We are persuaded to agree with Mr. Emmanuel Alabede that the problem with the Nigerian Police is actually institutional and structural.

This is why we wish to reiterate, that the modus operandi, recruitment and training of officers and men of the force should be reviewed to make it more amenable to contemporary times while their allowances and salaries should be upwardly reviewed to discourage the temptation of bribery and extortion. This is to enable the society to nurture the kind of Police it truly deserves.