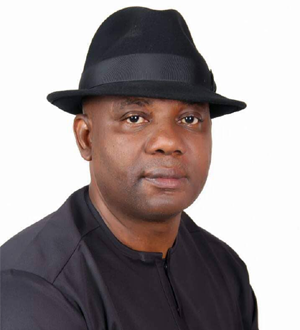 The National Working Committee of the All Progressives Congress has appointed Mr. Yekini Nabena as the Acting National Publicity Secretary of the party.

The appointment was contained in a letter issued on Wednesday in Abuja and signed by the National Secretary of the party, Mr. Mai Mala Bunu.

It said the appointment followed the resignation of the party’s National Publicity Secretary, Mr. Bolaji Abudullahi. 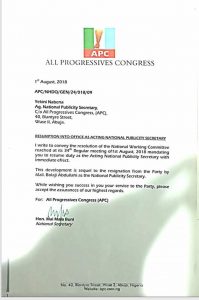 Share
Previous We Are Not Distracted By Defections, Says APC
Next First Bank Launches Chat Banking on Whatsapp