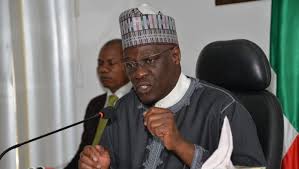 But while Saraki did not announce the name of the party he is defecting to, Ahmed named the Peoples Democratic Party (PDP) as his new party.

In a statement by Dr. Muyideen Akorede, Senior Special Assistant on Media and Communications to the Kwara Governor gave reason for his defection.

He explained that his decision followed due consultations with the people and in response to calls by major stakeholder groups in the state.

Ahmed added that he defected to PDP, having realized that the All Progressive Congress (APC) can no longer serve as a platform for achieving the aspirations and expectations of his people.