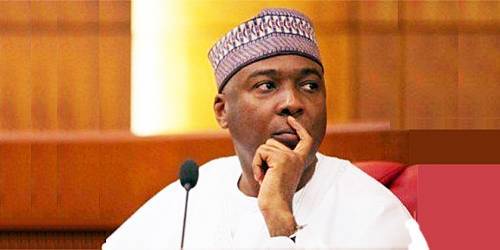 The Senate President, Dr. Bukola Saraki, has announced via Twitter his long expected defection from the ruling All Progressives Congress, APC.

As at press time, Saraki has not name his next political party even though speculations are rife that he is bound for the main opposition party, the Peoples Democratic Party, PDP.

The tweet reads: “I wish to inform Nigerians that, after extensive consultations, I have decided to take my leave of the All Progressives Congress (APC).” @bukolasaraki.

Saraki will leave the party with his protege, Governor Abdulfattah Ahmed of Kwara State and their supporters in the state.

Their defection is coming hours after the APC dissolved the state chapter’s executive council which was under the control of the Senate President.