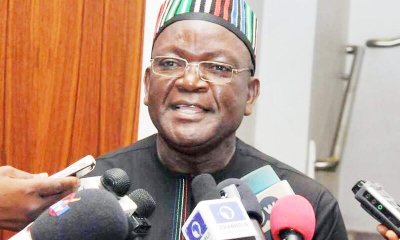 After what seems to be a resolve from consultations, the Benue State Governor Samuel Ortom has finally announced his defection from the All Progressives Congress (APC) to the Peoples Democratic Party (PDP).

His defection puts an end to speculations about his imminent return to the PDP, having stated last week that he had been issued a ‘red card’.

The governor made the announcement today (Wednesday) during a meeting with elected local government chairmen and councillors at the Government House Makurdi, hours after protesting youths barred him from traveling to Abuja to attend the APC reconciliation meeting.

His defection follows major political decisions in the state over the last three weeks, all of which had fuelled the speculations of his exit.

Ortom recently sacked a large chunk of his cabinet members while the Benue House of Assembly impeached Mr. Terkimbi Ikyange as its Speaker.