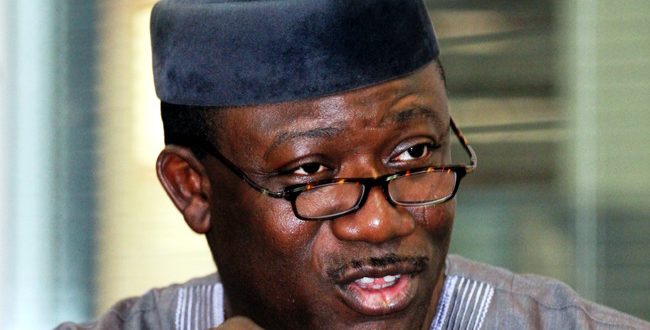 Now that Ekiti election is over… – By Segun Dele Dipe

There is no gain saying that the election of Saturday 14 July is a vista to how Ekiti will be viewed among the comity of Nigerian states in the next four years. The much talked about election has come and gone, but it will continue to resonate, teaching some lessons. Nerves were frayed, dusts were raised, but the election has been won and lost, results announced, certificate of return issued to the winner. What remains now is the memory of how the battle was fought.

It has been said that there are two kinds of political candidates: those who run for office because they want to do something and those who run because they want to be something. But the incumbent Governor of Ekiti State, Peter Ayo Fayose, has even added the third: Those who run acrimoniously for nothing in particular, except from something grave. He ran the race as if the rest of his life depended on it, he forgot that he was statute-barred from being a candidate for a third term in office. He claimed to be supporting a candidate, his anointed deputy from his People’s Democratic Party, PDP, Prof. Olusola Eleka, but he did not give that one any chance to show the stuff he was made of. Eventually, he became dazed and defeated and has since been groveling.

The simple reason someone like Fayose would have lost an election he did not contest and yet felt the loss the most, is because his whole ego was tied to it. Essentially, Fayose refused to grab the fact that the odds were against him and has refused to acknowledge the will of the people and his opponent’s victory, one full week after. This is a far cry from what Dr. John Kayode Fayemi did in 2014. Despite losing to Fayose in a much more controversial circumstance, Fayemi recognised and congratulated Fayose in less than 24 hours of his being announced the winner. Rather, Fayose is feeling shortchanged by an external force and brooding. He has failed to highlight the differences in his style and that of the winner in order to reason that perhaps the people were just too tired of his own style. He must now rewire his thinking to the fact that elections are not about the candidates, but about the people who voted. Take away the people, it is useless talking about an election.

In the build up to the election, Fayose siphoned billions from the state funds with which he was buying into the emotions of the voters. The same voters he had starved all along. He did everything humanly possible to draw attention to himself and intimidated the real contestants to near submission. Even the candidate of his party was not spared his rod, as he made it crystal clear that he, Fayose, and no one else, was in charge.

Those criticising the electorates tend to pretend that voting is a rational choice. They expect electorates to be reasonable and behave in a couth manner. But voters are inherently irrational beings, who are moved by emotions, not facts. Their biases cause them to always make subjective political decisions.

Politicians need to shape their political processes around the voters’ irrationality, and “manipulate” them to get them to make more rational choices. For instance, at a point that poverty and hunger were ravaging the land, what would have appealed to the voters more than what they stand to gain in the immediate? They should therefore not be blamed for choosing to live in their now. That was the trap set by Fayose. He starved the people with the aim of using that as the bait to make them see him as a messiah. Unfortunately, he equally fell into the trap. He was seen instead as a selfish and wicked leader.

Those who contested in the election may not be too happy with the results, but the people have spoken and the earlier the contestants accepted the fact that Dr. John Kayode Fayemi was the chosen one, the better. Probably, they had felt anger, despair, disappointment, dismay, embarrassment, fatigue, frustration, pain and regret, among many other things by the results, but here is hoping they will eventually know an even greater share of happiness, hope, surprise, pride, enthusiasm, satisfaction, pleasure, and fulfillment, including the real candidate of the Peoples’ Democratic Party, Prof. Olusola Eleka, who was buried in the ego of his boss Fayose throughout the campaign and election periods.

The consequences are however graver for one person. As both the ayesayers and naysayers continue to pontificate on what ought to have been done but not done, or what ought not to have been done, but done, they are in consonance on one point that Fayose in his delusional state took the battle beyond where sanity could prevail and he is a lone victim.

Even as his government continues in the caretaker mode until 16 October when the governor-elect will take over, Fayose should be allowed to act only on the advice of the incoming governor Fayemi on any significant issue that cannot be delayed until the new government formally takes office. It is apparent that the ghost of the 14 July election is too strong for Fayose, it will continue to haunt him beyond his tenure and he will remain a groveler for a long time. He will therefore be too delusional to be trusted with undertaking any rational policy initiative.

Going forward, politicians owe it a duty to stare voters away from a situation where their emotions would cause them to make biased decisions and allow candidates to manipulate them. The same emotions staring them to who meets their instant needs most, should determine their values and consequently the policies they support. Politicians would benefit immensely from this.

But this is where the winner of the July 14 Ekiti Governorship election, Dr. Fayemi, has scored a high. He spoke to both the emotions and the rationale of the people at the same time. He was able to convince them about his fitness for the office, and his determination to give them a new lease of life.

For Fayose, the electoral defeat is a remarkably sudden politically death, which incidentally he had predicted would happen to “some politicians” after the Ekiti election. He took every step wrongly close to the election, feigned pain in his attempts at appealing to emotions, but this has now become his Achilles heels and foretelling, as he is most likely to be in pain for too long after the election, with no reprieve in sight.

To those politicians who love to ride roughshod on the emotions of the people that have entrusted governance in their hands, Fayose is a big lesson in rejection by the electorate in a constituency where they had developed a strong bond. They must readily accept the democratic deal that the electorate can and should kick them out of office. And the consequences are calamitous. 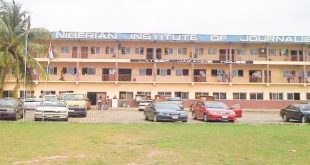