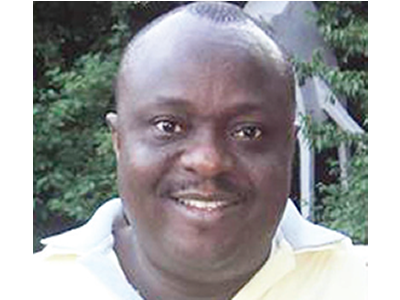 An associate professor of Economics at the Lagos State University (LASU), Ojo, Dr. Sunkanmi Odubunmi is currently being tried by the university management following his arrest by the institution’s security operatives while allegedly sexually harassing a female student of the department. Dr. Odubunmi was arrested in his office while allegedly fondling the unnamed student, on a Saturday, exactly three days to his promotion interview scheduled to hold on Tuesday of the following week.

The university has confirmed the development, saying efforts were in top gear to make its findings known as soon as possible. But efforts to speak to the embattled lecturer proved abortive as his telephone number was unavailable and this was confirmed by some of his colleagues who spoke to New Telegraph on condition of anonymity.

This is as the Vice-Chancellor of the University of Lagos (UNILAG), Akoka, Prof. Oluwatoyin Ogundipe, would this morning address the media on the report of the university’s investigative panel on the sexual harassment allegation against a Professor of Linguistics in the institution’s Department of English, Prof. Olusegun Awonusi. Meanwhile, New Telegraph learnt that Dr. Odubunmi had allegedly invited his victim to his office on the said Saturday to rewrite a failed examination paper, and had in the process, after locking the door, removed his shirt and started romancing the unnamed student.

Investigation by New Telegraph revealed that it was unknown to the lecturer that the student had been bugged with secret cameras and other gadgets, and was being monitored by officers of the university and an unnamed non-governmental organisation, who had monitored everything in a separate office close to Odubunmi’s. According a source, who craved anonymity, the student, who was disturbed by the persistent pressure from the lecturer, had approached a Lagos-based NGO to seek intervention. The NGO was said to have notified the university management, which in turn promised to ‘play along’ towards catching the lecturer red handed.

The source told New Telegraph; “Odubunmi invited the student to his office on the said Saturday to rewrite the course he said he failed unknown to him that the lady had informed the authorities and was already equipped with recording gadgets. So as soon as the girl entered, he was handed the answer booklet and the question papers “As soon as the girl was settling down to write, Odubunmi locked the door safely and began to undress. He began by caressing the student but as soon as he was moving near ‘dangerous zones,’ the girl showed resistance and while attempting to adjust her glasses for proper coverage, the lecturer suspected and shouted loudly accusing the girl of attempting to rope him. “He immediately seized the eyeglasses and broke it into pieces.

This action had notified the security operatives in the adjoining room because they no longer saw signal. They immediately moved to Odubunmi’s office and got him arrested.” Speaking with New Telegraph on the matter, the Head of the university’s Centre for Information, Press and Public Relations, Mr. Ademola Adekoya, said the incident happened about two weeks ago and that the investigative panel on the matter had submitted report. He said; “The management has received the report of the disciplinary panel and it is currently before the university’s Joint Governing Council and Senate Committee for final determination.

As soon as a verdict is made, we would brief the public. “I must let you know that the new management is seriously committed to rebranding this university, and no stone will be left unturned towards achieving this. Within two weeks, the investigative panel has submitted its report and that confirms the Prof. Olanrewaju Fagbohun led management’s commitment to fighting insanity.”