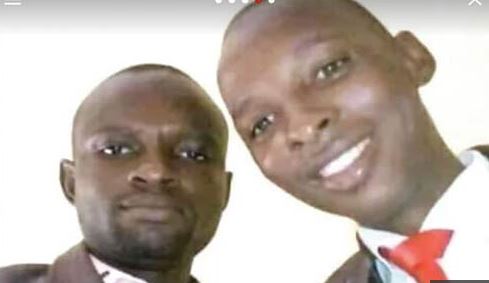 They were born together same day by same parents. One was named Hassan and the other Hussaini, in a bid by the parents to maintain inseparability by rhythm. Information gathered affirmed that the duo of Hassan and Hussaini were always together and that their love for one another was profound.

This enormous love that caught the envy of all around them must have been responsible for their choice of profession. Facts gathered revealed that Hassan and Hussaini, both enlisted in the Nigeria Police same day.

But the unexpected sprang like the bolt from the blue on Tuesday. In a twinkle of an eye, the bubbling town of Minna, Niger State capital city, was drowned in grief. Wailing and gnashing of teeth pervaded the air. The unexpected had happened. In a flash, the ever glowing bubble of the identical twins was busted to fizzle into the tin air. They also died together in a cruise of sorrow on a motorcycle and thus put a sad stop the The brothers were recruited into Police force the same day and have been reportedly popular because of their commitment to duty.

Tears flowed freely as the news of the gory accident filtered to relations and members of Niger State Police Command. It was a bad news too hard to bear.

Mohammed Hassan and Mohammed Hussaini were reportedly killed when a driver ran into them at Maitumbi, a suburb of Minna. Both were riding on a motorcycle when the incident occurred.

Though they joined the Police Force on same day, one of the deceased was a police sergeant while the other was a corporal. According to reliable source, despite the disparity in rank, the duo were said to be known for gallantry and dedication to duty in their place of work and the state headquarters of the police command.

Hussaini was said to be a prosecutor and his wife was recently delivered of a set of twins.

It was gathered that the two policemen were hit by a Peugeot 206 salon car driver who was also hospitalised as a result of the injury he sustained during the accident.

The driver, Mohammed, according to the report, had been unconscious since he was admitted to the Minna General Hospital.

The command’s Public Relations Officer, Muhammad Abubakar, confirmed the story describing the incident as an accident.

“It is an accident; the matter is being investigated. At the end of the investigation we will know the next step to take.”

Abubakar said the corpses had been released to their relations for burial in accordance with Muslim rites.