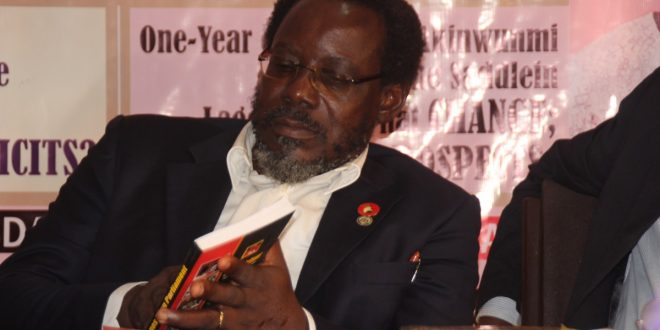 The Centre for Anti-Corruption and Open Leadership, (CACOL) has hailed the House of Representatives over its decision to probe the Nigerian National Petroleum Corporation’s (NNPC) underpayment of a whopping N100b into the federation account.

CACOL has also thrown its weight behind the call for Oil Corporation to be unbundled and its diverse operations, especially as they relate to collection and disbursement of monies accruing from oil sales, made readily accessible to the public for proper accountability and transparency.

According to the CACOL boss, Debo Adeniran: “When one looks at the immense powers and operational latitude given by relevant statutes to the NNPC –which remains a behemoth responsible for regulating operations within the Nigerian oil sector- and the enormous resources at its disposal for same operations, you cannot but marvel at how a single public corporation could wield such enormous power without checks.

“This is more so as the country’s economic mainstay remains the petroleum sector that still supplies over 85% of the overall national revenue. This is why it has always become involved in one avoidable scandal or another. At one time, it was the issue of billions of Dollars being siphoned as subsidies on fictitious imported petroleum products or keeping of proceeds from oil sales secret and under-recorded

“The latest in its string of abuses is the alleged underpayment of over N100b into the Federation Account which has reportedly deadlocked the monthly Federation Account Allocation Committee meeting. We all know the direct implications of this aberration, which has hindered the smooth running of government at the states’ level all over the federation, since such federal allocations keep most of our states running with salaries and other emoluments. This is even more worrisome when one considers the fact that this is happening at a period when a barrel of oil is selling at above $75 as against $51 it was benchmarked in the 2018 budget.

“We cannot deny that we saw this coming when against previous public outcry and demands for this behemoth to open its accounting books to public scrutiny, flimsy excuses were given and such legitimate pleas fell on deaf ears. Prominent amongst such requests was the one made by the legal luminary and human rights Activist, Mr. Femi Falana (SAN) who had earlier gone to court to demand-under the Freedom of Information (FOI) Act- that the corporation furnishes interested members of the public with records of its subsidy payments and how it had dispensed money on turn around maintenance. But the corporation’s lawyer had opposed the request on the ridiculous ground that NNPC was not a public corporation.

“We certainly align our position with the erudite lawyer, as Section 2 (7) of the Freedom of Information Act has clearly defined public institutions to include the NNPC which by its very name is discernible even to the blind.”

“Adeniran further added: “It is against this background that we are lending our voice to the call that if we must get things right and change the hitherto unacceptable direction this nation is treading, we then need to do things differently by unbundling the NNPC for efficiency, probity and accountability to be restored.

“We urge the House of Representatives to make its findings speedy and indict those responsible.  Those found culpable should not only be made to pay to the last penny, they must also be prosecuted to serve as a deterrent and teach a tough lesson that what belongs to the public actually belongs to everyone.”