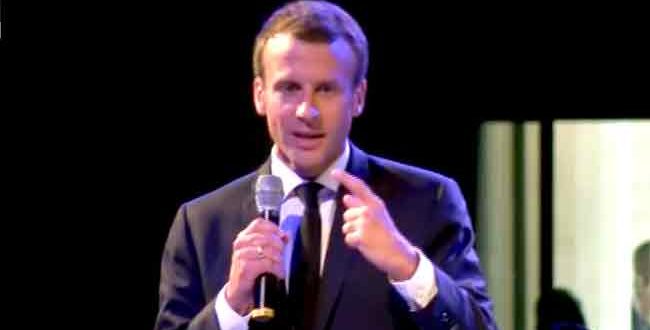 July 4, 2018 Comments Off on If Africa Doesn’t Succeed, France And Europe Will Never Succeed – Macron 25 Views

French President Emmanuel Macron believes the relationship between Africa and Europe is very important that both continents need each other to succeed.

He said this on Wednesday during an interactive session with entrepreneurs from Africa in Lagos, Nigeria’s commercial capital.

The French leader challenged the young generation to change the African narrative, especially in the areas of entrepreneurship, economy, culture, and sports, among others.

“For two very simple reasons, Europe is not an island and all this migration crisis is exactly due to the fact that we have a common destiny and second, because we have a very important African diaspora in France and the rest of Europe and they cannot live and develop themselves in France or in Europe if in their country people don’t succeed.”

Macron, who noted that the new generation has a lot of responsibilities and opportunities to build, promised to support the youths towards achieving the desired objectives.

He also asked them to be innovative and take charge of Africa’s future, saying that the only way the continent can tackle its challenges, including illegal migration in search of greener pastures.

“Nobody has to decide for our future; we are the ones to decide,” the French President told the audience at the gathering, adding, “Nobody has to lecture us, which means that we have to take our responsibilities, think about the legacy, the sustainability of our deeds, and how we should develop our countries.”

“This new narrative is to say Africa is the one to decide for Africa, to explain about Africa, and to create its own model of entrepreneurship with its own culture and to explain it to the rest of the world, and not just to be part of the globalisation,” Macron stressed.