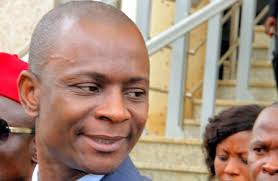 The Centre for Anti-Corruption and Open Leadership (CACOL) has hailed the Federal High Court’s dismissal of a suit filed against the Economic and Financial Crimes Commission (EFCC) by one Robert Azibaola, a cousin to former President Goodluck Jonathan.

This was contained in a press release issued by the Centre on Tuesday.

The Executive Chairman of CACOL, Mr. Debo Adeniran, recalled that Azibaola who was arrested by EFCC had filed the suit before a Federal High Court sitting in Lagos to enforce his fundamental rights.

The CACOL Chairman further stated that the court’s decision was commendable since the suit was ostensibly a ploy to delay prosecution by the anti-graft agency.

According to him: “Corruption allegations are weighty issues that must never be handled with kid gloves or trivialized, especially when it involves people we have placed in position of trust with regard to the welfare and security of the lives and property of the people.

“If you look at this particular matter, it involves Mr. Azibaola- a cousin to former President Goodluck Jonathan- who allegedly received $40m and property worth N650m from Mr. Sambo Dasuki, a former National Security Adviser (NSA) to president Jonathan (NSA) through one Tunji Adeniyi and Company. Although Mr. Azibaola claimed in his sworn affidavit, that sometime in 2012, his company, Oneplus Holdings Nigeria Ltd., was contacted by late Patrick Azazi, a former NSA to temporarily curb the problems of petroleum pipeline vandalization and oil bunkering with the agreement that he would be paid 10 percent of the said sum, the EFCC alleged that the money was transferred without the award of any contract and therefore a clear case of corrupt enrichment from public coffers.

“Without prejudice to the subsisting trial of those involved in the case, CACOL wishes to reiterate the popular legal parlance that, ‘he who comes to equity must come with clean hands’ and that in line with the provisions of the law, the onus of proof lies more on the defendants than the state, especially where it has been established that such exchange of funds actually took place between the giver and taker of proceeds of crime.

“We commend the dismissal of the suit filed by Azibaola, by the judge of the Lagos Division of the Federal High court, Mojisola Olatoregun, on the ground that it is an abuse of court process since the applicant had filed similar suits in multiple courts.’ This smacks of desperation on the applicant’s part.

“This is why we have appealed to the Federal Government to set up special courts for trial of Corruption cases, especially the ones involving Government officials and to also engage in strengthening of existing laws towards ensuring that no corrupt official gets away with looting or misapplication of our collective wealth under the cover of any technicality or manipulation. It is therefore incumbent on the anti-graft agencies to intensify their commendable efforts in tracking, investigation, arraignment and effective prosecution of all corrupt officials to avert a situation whereby the court would be left with no other choice than to order the release of notorious corrupt public officials for lack of proper prosecution or perpetual detention without trial”.