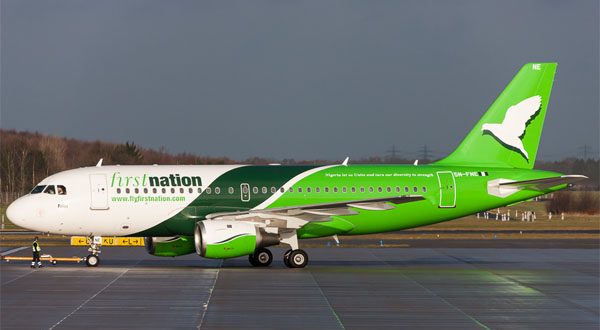 The airline is one of the eight indigenous airlines in the country.

In a letter delivered to the airline on Friday, NCAA said the airline illegally operated scheduled flights.

In August 2017, NCAA downgraded the airline during its license renewal; giving it license to only operate chartered flights because it had only one aircraft.

The letter, which was titled Notice of Suspension of Air Operators Certificate, directed the airline to return the license to NCAA’s director of operations and training within seven days of receiving the letter.

In a statement by Sam Adurogboye, NCAA spokesman, said the airline embarked on scheduled operations “with continuous advertisement of its services and sold tickets at its check-in counters in Lagos and Abuja airports.”

Part 9.1.1.6(b)(2) (ii) of the Nigerian Civil Aviation Regulation (Nig.CARS) 2015 states that airlines must have a minimum of two aircraft to carry out scheduled operations.

NCAA said further investigation showed that the airline disregarded all warnings and continued with the unauthorised and illegal operations in violation of its AOC terms and conditions of issuance.

“This is contrary to the provisions of part 9.1.1.4(d) of the Nig.CARS 2015 which provides that ‘each AOC holder shall at all times, continue in compliance with the AOC terms and conditions of issuance, and maintenance requirements in order to hold that certificate’.

“The authority has therefore determined that, pursuant to section 35(2),(3) (a) (ii) and (4) of the Civil Aviation Act, 2006, First Nation Airways is no longer fit to operate air transport business under the authority of the AOC.

“Accordingly, the airline’s AOC has been suspended indefinitely, with effect from the 11th May, 2018, when it received the notice.”

In March, a court in Ikeja granted Kayode Odukoya, the airline’s managing director, a N10 million bail in an ongoing case of N1.7 billion theft instigated by the Economic and Financial Crimes Commission (EFCC).

Share
Previous A Note on the Economic Implications of the New Tobacco Tax Policy
Next Speaker Impeachment: Police Take Over Kano Assembly