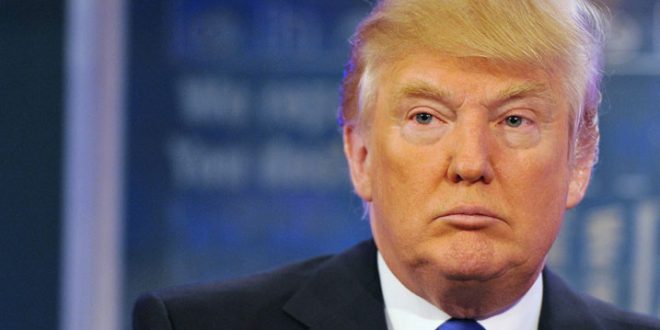 May 9, 2018 Comments Off on Trump Announces US Withdrawal From ‘Defective’ Iran Deal 24 Views

President Donald Trump on Tuesday announced the US withdrawal from the “defective” multinational nuclear deal with Iran, as Washington moved to reinstate punishing sanctions against the Islamic republic.

“The Iran deal is defective at its core,” Trump said in a televised address from the White House. “I am announcing today that the United States will withdraw from the Iran nuclear deal.”

After consulting US “friends” from across the Middle East, Trump said, “it is clear to me that we cannot prevent an Iranian nuclear bomb under the decaying and rotten structure of the current agreement.”

“America will not be held hostage to nuclear blackmail,” Trump vowed.

“We will not allow American cities to be threatened with destruction and we will not allow a regime that chants ‘Death to America’ to gain access to the most deadly weapons on Earth.”

Following his address, the US leader signed a presidential memorandum to start reinstating US nuclear sanctions on the Iranian regime.

“We will be instituting the highest level of economic sanction,” Trump said. “Any nation that helps Iran in its quest for nuclear weapons could also be strongly sanctioned by the United States.”

National Security Advisor John Bolton told reporters after Trump’s speech that the US sanctions would apply to new contracts “immediately,” and that foreign firms would have months to wind down existing operations in Iran.

Describing Iran as the world’s leading state sponsor of terror, and decrying its influence in the Middle East, Trump said the United States intended to work with its allies to “find a real, comprehensive, and lasting solution to the Iranian nuclear threat.”

Such a solution, he said, would include efforts to eliminate the threat from Iran’s ballistic missile program, stop its “terrorist activities” worldwide, and block its “menacing” activity across the region.

In the meantime, Trump warned, “if the regime continues its nuclear aspirations, it will have bigger problems than it has ever had.”

Trump had long pledged to tear up the “very badly negotiated” agreement — which his predecessor Barack Obama agreed with Britain, China, France, Germany and Russia — daring Tehran’s regime to restart its enrichment program and alleged quest for a nuclear weapon.

The US leader had until May 12 to decide whether to continue to waive sanctions on Iran’s central bank and its oil sector dealings, a key pillar of the 2015 agreement.

For months, critics have warned that ending the waivers would unravel the carefully constructed deal, plunge Iran’s already struggling economy into crisis and expose the biggest transatlantic rift since the Iraq War.