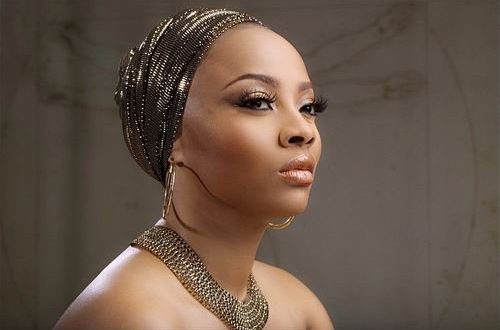 Toke Makinwa, Nigerian radio personality, says she has been battling with fibroids for the past six years.

The ‘On Becoming’ author shared this on Wednesday because “someone out there is struggling too”.

“I have been battling fibroid for 6 going on 7 years. I think I was diagnosed 7 years ago,” she said on ‘Toke Moments’, her YouTube vlog.

“It’s been one hell of a ride. So I finally decided to do something about the situation this year because it was getting to the point where it was beginning to affect me I was in a lot of pain.

“I couldn’t sit up properly it was beginning to push against certain organs inside of me and it was just nasty and a total disaster.”

Makinwa explained she tried to live with the non-fatal uterus growth but it became worse over time.

“Doctors would often tell you not to bother yourself about it if you are not experiencing excessive bleeding or backache or if they are not obstructing anything in there,” she said.

“From okay you have fibroids to it’s growing. From two became four, from four became five and then six.”

The 33-year-old said her fear of surgery hindered her from seeking a permanent solution.

“So I had to wear undergarments, body magic just to make sure that I don’t look bloated or don’t look pregnant because I didn’t want to have surgery,” she said.

“Trust me I have been to Mountian of Fire so I’ve been through ever church service, had all the communions and done all the fasting and prayer but it t just didn’t get any better.

“You could literally see a size of a ball, it was just out there protruding. If you are like me and scared of going under, it can be quite a terrible experience but it was successful and I’m alive, I’m here.”