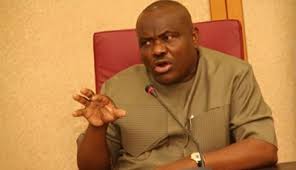 The Rivers State Governor, Chief Nyesom Wike, has called on the Federal Government to set aside the amnesty granted by his counterpart from Imo State, Rochas Okorocha, to a group of cultists suspected to be members of Don Waney’s gang.

Wike had maintained that some of those granted amnesties were involved in the killing of 23 persons on New Year Day in Omoku, Ogba/Egbema/Ndoni LGA

A group of repentant cultists, allegedly loyal to slain Don Waney, were on Tuesday granted amnesty in Owerri after they surrendered their arms.

But Wike cautioned that such amnesty would not cover Rivers State because some of those granted amnesty by Okorocha had already been declared wanted by the Rivers State Government.

Speaking on Wednesday through the state Commissioner for Information and Communication, Mr. Emma Okah, the governor said it was embarrassing for criminals declared wanted for crimes committed in Rivers State to be granted amnesty in Imo State.

Maintaining that the action of the Imo State Government had political colouration, Wike said it was worrisome to note that criminals in Rivers were now seen as saints in Imo State.

“That action has deep political colouration and what this means is that criminals in Rivers are now saints in Imo State. The Police should not allow this to happen because it is embarrassing.

“Therefore, we call on the Federal Government to set aside the amnesty the Imo State Government granted some cult members, who killed 23 persons in Ogba/Egbema/Ndoni Local Government Area of Rivers State.”

Wike vowed that those declared wanted would be arrested if they come into Rivers State.

Efforts made to reach the Imo State Commissioner for Information, Prof. Nnamdi Obiareri, and the Chief Press Secretary to the Imo State Governor, Sam Onwuemeodo, were not successful as several calls to their phones were not answered.