Breaking News
Home / News / There are No Numbers to Remove Saraki, Says Senate 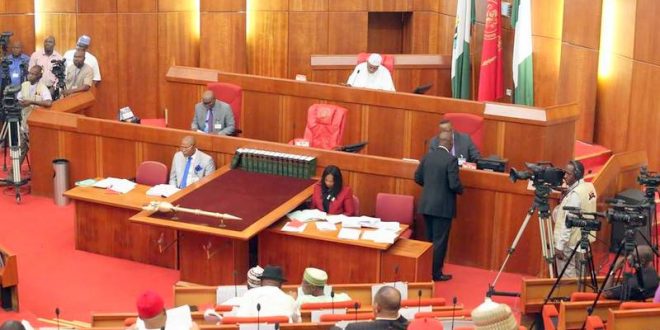 There are No Numbers to Remove Saraki, Says Senate

January 29, 2018 Comments Off on There are No Numbers to Remove Saraki, Says Senate 37 Views

The Senate has said any plot to remove the Senate President, Dr. Bukola Saraki from his position would fall flat on its face, as he currently enjoys the confidence of his colleagues and has ensured stability in the eighth Senate.

Senate spokesperson, Senator Aliyu Sabi Abdullahi, speaking with reporters at the weekend, said the 109 senators have the right to choose their leaders by election, and had done so in line with the relevant laws.

“Nobody can remove Saraki. We elected him and we are not ready to remove him yet. From day one, they never wanted Saraki. What we are saying is that the right to choose the Senate President lies with senators and we have chosen our leader.

“The true face of democracy is the parliament and since Saraki came in, we have not failed this democracy,” Abdullahi said.

He noted that it was in Nigeria’s interest that the stability in the National Assembly be allowed to endure so that all hands can be on deck to tackle the challenges in the country.

Speaking further on the recent amendments by the House of Representatives to the Electoral Act, which effected changes in the election order, Abdullahi said the conference committee set up to reconcile the differences between the versions of the Senate and the House, would meet this week.

“The key issues have been debated and agreed upon. All that is remaining is to bring the two chambers together through the conference committee by next week, as the areas of contention are not much.

“And I believe they will work together to make sure that we have an agreeable component that the Nigerian people will be happy that we are deepening the electoral process,” Abdullahi said.

He expressed optimism that the harmonisation would not exceed two weeks.

“What we did was transparent; INEC was part of it. People with interest were part of it. Since we are passing what is popular, the presidency too should not take time in assenting to it.

“If the president decides to veto the bill, we will know what to do when we get to that bridge. For now, I do not envisage that extreme situation. This is a democracy.

“I am hoping that we work based on a consensus. At the end of the day, we should be able to agree. The interest of Nigerians is paramount and we will not take it for granted,” the senator said.