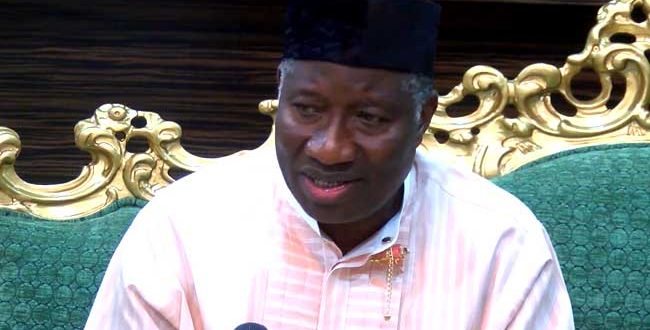 Jonathan is one of the ‘poorest leaders’ in Africa

January 22, 2018 Comments Off on Jonathan is one of the ‘poorest leaders’ in Africa 23 Views

Igali said contrary to the allegations that he enriched himself while in office, , Jonathan is one of the poorest former leaders in Africa.

He said the former number one citizen is still paying back funds borrowed to sponsor his re-election campaign back in 2015.

Igali spoke during a meeting with some journalists in Abuja, on Sunday.

“I am glad that some of you journalists are privileged to know where he (Jonathan) lives and where he has his private office in this country,” he said.

“Thank God some of you guys know thT he has an office and where he lives in Maitama. Which former president of Nigeria lives in that kind of place? I do not think President Jonathan can be considered a very rich man.

“You must realise that none of those corruption allegations has been personally linked to him. Jonathan is not a rich man, take it from me. He may be comfortable but not rich. But l know that his pension as a former president is enough to take care of him.

“Indeed Jonathan is still struggling to pay some election liabilities from 2015 until today.

“Despite all the stories of flying billions, Jonathan borrowed money to prosecute some aspects of his election and he is struggling in different ways to meet up.”

Igali described Jonathan as a “modest” man whose lifestyle and background were humble.

He expressed regret that Jonathan’s administration is being discredited but said he was confident that “history would vindicate” the former president.

“There’s a lot of untruths that is being said about him, but l believe history will be very fair to him. He is a very simple man. His background and lifestyle are very simple. He is not jingoistic,” he said.

“As a former president when Jonathan needs an aircraft, the federal government will give him particularly if he is going on an important official assignment.

“But if it is his private trip, he has to fend for himself.

“Jonathan cannot afford to charter an aircraft. What l am saying is not a lie, but people can believe what they like.”