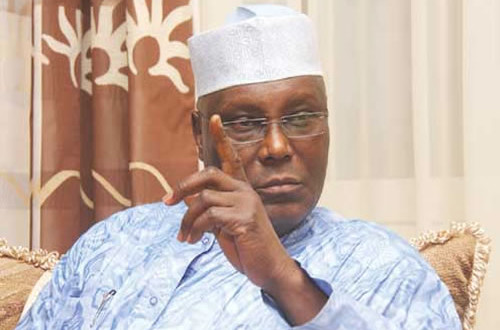 Former Vice-President Atiku Abubakar has made known his intention to return to the Peoples Democratic Party (PDP).

The top politician who defected from the ruling All Progressives Congress (APC) less than two weeks made this known in a video posted on Facebook on Sunday afternoon.

“From today, I want to let you that I am returning home to the PDP as the issue that led me to leave it has now been resolved,” he said in the video.

“APC had led people, especially our youths down and that rather giving a wrong political speech on this matter, I thought it would be helpful to invite Nigerians to ask me questions on the issues.”

Abubakar served his two terms as vice-president under the platform of the PDP but left the party after ex-President Olusegun Obasanjo blocked his presidential bid.

He had contested the 2007 presidential election under the then Action Congress (AC), placing third after the late President Umaru Yar’Adua, who got PDP ticket and Muhammadu Buhari of the then All Nigeria Peoples Party (ANPP).