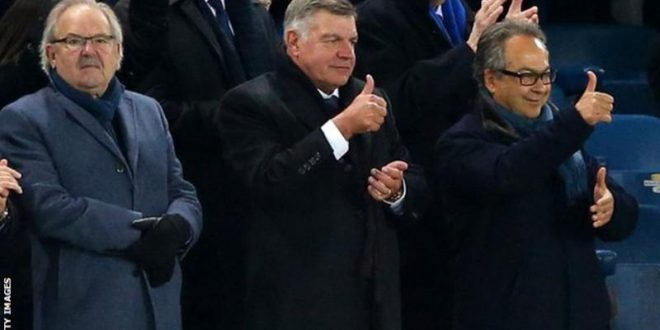 Sam Allardyce sings new Everton deal until the summer of 2019

December 1, 2017 Comments Off on Sam Allardyce sings new Everton deal until the summer of 2019 18 Views

Sam Allardyce says he is “enthused and energised” about returning to management with Everton.

The 63-year-old former England boss has signed a deal until June 2019 to become the permanent successor to Ronald Koeman, who was sacked in October with the club 18th in the Premier League.

Allardyce has been out of work since leaving Crystal Palace in May.

“The ambition of the club, allied to all the fantastic history, has proved to be key for me,” he said.

“Obviously, the club has gone through a difficult spell and hopefully I can put that behind us as quickly as possible and start looking upwards again.

“I think that whatever’s happened before we’ve just got to all rally around together. Our will to do it all together would be my way forward.

“I feel really enthused and energised to come in as manager.”