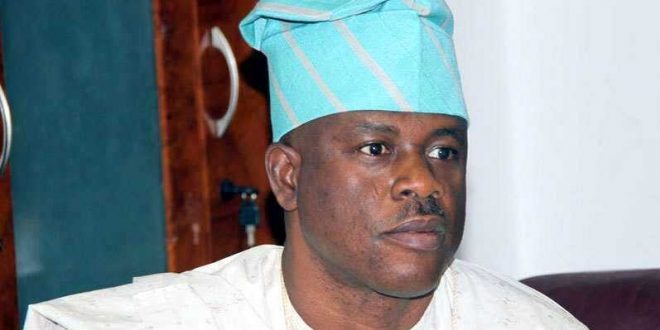 Finally Obanikoro Defects To APC, Says No Place Like Home

November 26, 2017 Comments Off on Finally Obanikoro Defects To APC, Says No Place Like Home 26 Views

Musiliu Obanikoro, a former minister of state for defence, has defected from the Peoples Democratic Party (PDP) to the All Progressives Congress (APC).

Obanikoro defected to the ruling party on Saturday in Lagos, along with other PDP bigwigs in the state, including Modupe Sasore, a former aide of former President Goodluck Jonathan.

He said he decided to join the ruling party because Bola Tinubu, national leader of the APC, has a “forgiving heart”.

“He has accepted me back despite all the issues between us, I am grateful to him,” Obanikoro said.

There had been reports that he had settled his differences with Tinubu as a step to returning to the party.

Obanikoro said he was happy to return to the fold of his age-long political associates after his “long sojourn in the PDP.”

He said he defected because he could not find fulfillment in the PDP, adding that he joined the APC to actualise his mission of service delivery.

“Today, I and others are not just joining the APC for joining sake, we are joining because we are on a mission,” he said.

“I had joined the PDP a few years ago with the hope that certain things would be done right to enable me make the desired impact. That did not happen.

“And now, Asiwaju Tinubu has taken leadership to another level, not only in the state, but at the national level.

“So, my joining the APC is not by accident. It is to return to my people and seek a platform on which I can render service to my people because leadership is about service and coordination of talents to achieve results.

“For me, this is not really a defection; it is a homecoming, because in a way, this is my root. I am happy to return to my people; no place like home.”

Obanikoro was elected a senator on the platform of the Alliance of Democracy (AD) but defected to the PDP.