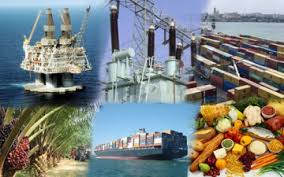 The economy recorded a growth of 1.40 percent in the third quarter of 2017, according to data which the National Bureau of Statistics (NBS) released on Monday.

This is the second time of such positive development since Nigeria exited recession in the second quarter.

The Q2 GDP growth, which was formerly put at 0.55 percent, was revised to 0.72% following revisions by NNPC to oil output.

“Oil production is estimated to have averaged 2.03million barrels per day (mbpd), 0.15million barrels higher than the revised daily average production recorded in the second quarter of 2017 (revised from 1.84mbpd to 1.87mbpd),” the report said.

Agriculture, other services and electricity, gas, steam and air conditioning supply were the sectors that led growth in the non-oil sector which grew by 0.3 percent to stand at -0.76 percent from -0.79 percent.

The economy had recorded negative GDP growth in 2016 thus slipping into a recession.