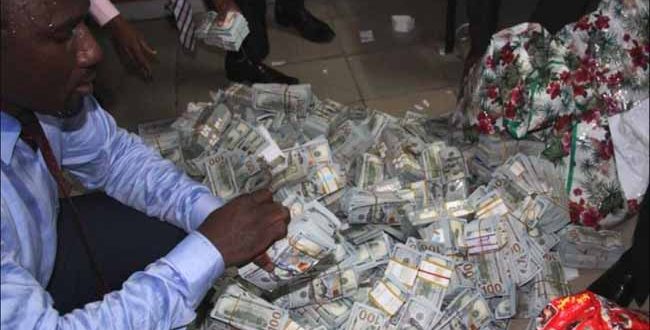 EFCC has abandoned my client, says lawyer of Ikoyi whistleblower

November 10, 2017 Comments Off on EFCC has abandoned my client, says lawyer of Ikoyi whistleblower 16 Views

The whistleblower who gave information that led to the recovery of over $43 million at an apartment in Ikoyi, Lagos, has been abandoned, according to Yakubu Galadima, who identified himself as the lawyer of the informant.

Under the whistleblower policy, the individual who gives information is entitled to between 2.5 percent and 5 percent of the recovered loot.

On Thursday, Ibrahim Magu, acting chairman of the Economic and Financial Crimes Commission (EFCC), said the whitsleblower had become a millionaire.

Magu also said the commission was counselling the “young man” on how to spend his millions.

But speaking with journalists on Friday, Galadima said the anti-graft agency did not even know the whereabouts of his client.

“The EFCC does not even know the whereabouts of my client. He is presently living from hand to mouth having been abandoned by the commission,” he said.

“We have written to the President and even to Magu himself and we have yet to get any form of response. I even sent Magu an SMS this morning debunking the allegation that my client has been paid but as I speak, I have yet to get a response from him.”

Odinkalu said the life of the whitsleblower could be in danger as he had been detained serially.

The EFCC is yet to respond to the controversy involving its chairman. Efforts to reach Wilson Uwujaren, spokesman of the commission, did not yield the desired result as he neither answered his calls nor replied the text message sent by TheCable.

Share
Previous I Wish I Could Bring My Son Back But I Cannot- Tinubu
Next 2018 Guber Polls : Ekiti Elders Forum Embrace Ojudu