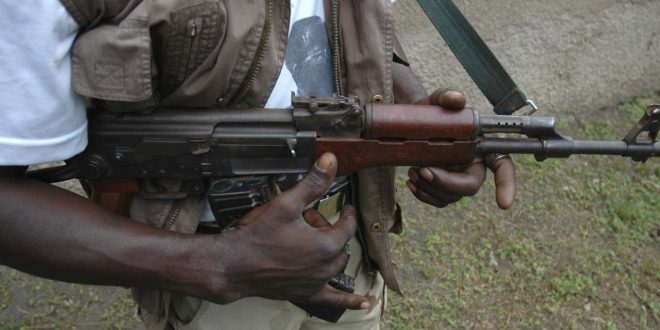 October 5, 2017 Comments Off on UNIBEN professor killed by gunmen 39 Views

Amidst increasing concerns over the level insecurity in the Edo State, a senior staff of the University of Benin, Edo State, Prof. Paul Otasowie, has been killed by gunmen.

It was learnt Otasowie was shot dead by the armed men in front of his residence on Ekehuan road in Oredo Local Government Area of the state on Wednesday evening.

There was, however, speculation that the professor in the Department of Electrical and Electronics Engineering was either assassinated or gunned down by suspected armed robbers.

According to another version of the incident, the deceased, who was a former director of the university’s Industrial Training and Student Industrial Work Experience Scheme, was allegedly shot during an attempted kidnap.

It was gathered that the news of his death left the university community in a state of mourning.

The Public Relations Officer of the institution, Mr Michael Osasuyi, confirmed the incident to The PUNCH on Thursday.

Osasuyi stated, “We lost him (Otasowie) yesterday. We are trying to gather the right information now (because) we are getting different versions.

He described the death of the professor as a huge loss to the university community, adding the deceased was a hardworking and dedicated staff.

Osasuyi said, “For now, the university cannot ascertain what has transpired. But we are sending delegates now to the house to meet with the family.

“We commiserate with the family and it is a big blow to the university. He was one of the persons who has ensured that work is done and done well.”

He, however, noted that the institution was concerned about the level of insecurity in the state.

“The vice-chancellor, Prof. Orunmwense is saddened with this development. We just wish that this insecurity in Edo State is looked into. Just recently, (Joseph) Osayomore was kidnapped.

“The level of insecurity now is becoming something else. The vice-chancellor commiserates with the family and the school is mourning,” the spokesman added.