Miss Kebbi Is The Most Beautiful Girl In Nigeria 2017 pageant

September 16, 2017 Comments Off on Miss Kebbi Is The Most Beautiful Girl In Nigeria 2017 pageant 20 Views

Ihezue Ugochi Mitchel, Miss Kebbi, has emerged as the Most Beautiful Girl in Nigeria 2017.

Ugochi, who beat other 35 contestants to the crown, is the 30th MBGN.

Awards in other categories were presented at the ceremony before the top five finalists were announced.

Before now, 2015 MBGN winner Unoaku Anyadike had been the reigning queen for two years.

The pageant organised by Silverbird Entertainment did not hold in 2016. 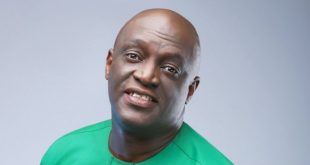