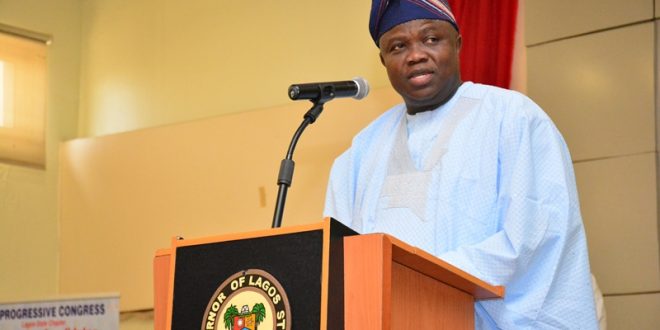 A coalition of civil societies has written to governor Akinwunmi Ambode to push back on plans to embark on Public-Private Partnerships(PPPs) in the Lagos water sector.

The groups comprising of 185 national and international organisations asked Ambode to stop the plans and instead commit to democratically-controlled water systems that the people can have a say in.

Anchored by the Environmental Rights Action/Friends of the  Earth Nigeria, they expressed aversion to the Lagos State Water Corporation multiple concessions and other corporate contracts, including a 25year concession for the Adiyan II project, and a PPP for the Odomola project.

“According to them, experiences in cities around the world show that PPPs and other privatization contracts often bring unexpected costs for cities, raise rates for consumers, and produce labor violations and infrastructure neglect.

“They, therefore, urged the Lagos government to withdraw current efforts to secure corporate concessions and contracts in the water sector, and commit to public funding of water and ensure robust and accountable democratic process for implementing any legislation relating to water and sanitation.

“The groups said they are eager to see the Ambode administration commit to ensuring the human right to water through a democratic, public system which will not only ensure all Lagosians can access clean, safe water but will also set an example for governments around the world.