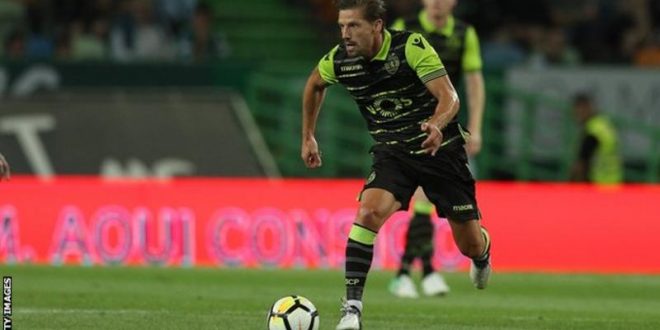 Fifa has rejected Leicester City’s application to register midfielder Adrien Silva after the club missed the deadline by 14 seconds.

The Foxes signed the midfielder from Sporting Lisbon for £22m but finalised parts of the deal near the close of the summer transfer window on 31 August.

Silva’s registration was not completed in time with football’s governing body meaning he is ineligible until January.

Leicester is in the process of trying to appeal against the decision.

A spokesman said: “We are working with Adrien and Sporting Clube de Portugal to overcome some issues relating to the player’s registration and exploring all options to find a resolution.”

The club owns Silva but points of the deal were not completed adequately meaning they are required to pay his wages until they can attempt to register him again in January.

Sporting President Bruno de Carvalho added: “The transfer of Adrien is already completed. Hopefully, Leicester finds a solution for him.”

France-born Silva, 28, is a product of Sporting’s academy and has had loan spells at Maccabi Haifa and Academica.

He has earned 20 international caps and played during Portugal’s run to winning Euro 2016.

Leicester also sold midfielder Danny Drinkwater to Chelsea for £35m in the final moments of the transfer window.