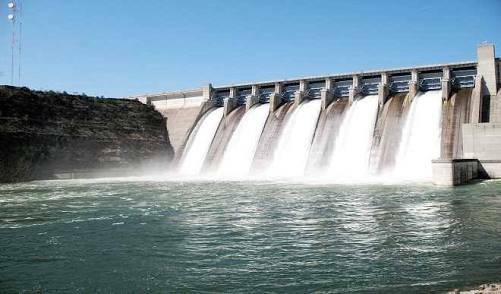 With the approval by the Federal Executive Council, FEC for the award of the contract for the engineering, procurement and construction of the 3050 MW Mambila Hydro Electric Power Project reflects President Muhammadu Buhari’s strong commitment to the development of infrastructure in the country.
After more than 40 years on the drawing boards, the FEC approval for the award of the contact to a consortium of three Chinese Companies, Messrs CGCC-SINOHYDRO-CGOCC Joint Venture represents a milestone in the journey for the realization of the country’s long-standing dream.

The landmark infrastructure project will cost the country the sum of US5,792,497,062.00 inclusive of taxes, environment utilization, works, as well as project land acquisition and compensation to about 100,000 people who will be resettled.

From 2015 when he took power from the Jonathan-led, Peoples Democratic Party, PDP administration, President Muhammadu Buhari has, in addition to the successful prosecution of the costly war against terrorism and economic sabotage, unleashed a slew of infrastructure projects that would change the face of the country. These projects include railway, roads, airports, housing and agriculture among many others.
The specific case of Mambila presents an interesting story, given the many years it has taken to leave the drawing boards.
As far back as 1972, a preliminary study was carried out by Moto Columbus, and confirmed by an indigenous water resources consultancy, Diyam Consultant led by distinguished Nigerian engineer, the late Malam Salihi Ilyasu which recommended the construction of a hydropower project with a rated capacity of 3,960 MW.
From then to now, various governments made efforts, or to put it in a better way, pretended to be committed to actualizing the project but nothing came of it. Sham attempts to develop the project on Build-Operate-Transfer, BOT also failed to achieve the commencement of construction.

A government revocation of a BOT approved by a former President through an anticipatory approval led to a protracted litigation that stalled the project.
In 2011, the then administration approved the award of contract for consultancy services for the detailed design and project management and supervision of a revised power output of 2,600 Mambila Hydro Electric Power project at the sum of USD 37,220,068,72.

The major breakthrough in the execution of this project was achieved when President Muhammadu Buhari initiated discussions at the level of the President of the Peoples Republic of China in the course of his State Visit to that country.
One of the achievements of the visit was the bilateral agreement between the two governments to cooperate on the project and in particular, for the Peoples Republic of China to prioritise Chinese financing of the Mambila Hydro-Electric Power Project using Chinese contractors.
The formation of the Joint Venture by the three companies, CGCC, SINOHYDRO and CGCOC under the guidance of the Chinese authorizes at the request of our government was significant in breaking the deadlock caused by litigation. It also ended needless competitor wrangling.
Following this development, a series of meetings took place to reduce the cost of the project from the projected USD 6.62 billion to the now agreed sUm of USD 5,729,497,062.00.

The importance of this project is being counted in its capacity to transform the impacted communities in Taraba State and beyond that, the country as a whole.
To quote the Minister of Power, Works and Housing, Governor Babatunde Raji Fashola speaking on the Mambila project, “it will have a transformational effect on all of Nigeria’s socio-economic development. During its construction and upon completion, and subsequent operation, it will have considerable positive impact on electricity supply nationwide, productivity, employment, tourism, technology transfer, rural development, irrigation, agriculture and food production in the area and beyond.”

This show-piece infrastructure project by the Muhammadu Buhari administration will therefore chart a new course of prosperity in Taraba, the North-East and the entire country. It will no doubt help the country’s infrastructure. After construction, it will be the biggest single power project in the country.

Considering what this landmark infrastructure project means to the country’s economy, sociology and politics, it is hard to fathom why the past administrations delayed the Mambila power project inordinately.
Although blame for this is shared by governments over this 40-year period, the ones to take the bigger share are the governments during which tenure the oil sector boomed with oil prices as high as US$ 120.

That period in question, especially the one preceding President Muhammadu Buhari’s second coming was one of missed opportunity and misplaced priorities. The long overdue investments in power and transport needed to unlock the economy were ignored. Nigeria earned unprecedented Dollar revenues. But there is nothing to show for the revenues earned. No major capital project was completed, neither power generation, road development, rail or agriculture benefitted from the windfall earnings. Rather, the administration presided over the diversion of oil revenues on a such a massive scale.

President Muhammdu Buhari, on the other hand, has a positive and prosperous vision for Nigeria. A nation in which the natural talent and hard work of the people is being supported by an enabling environment of infrastructural development and policy reforms that will develop a firm future for our nation.