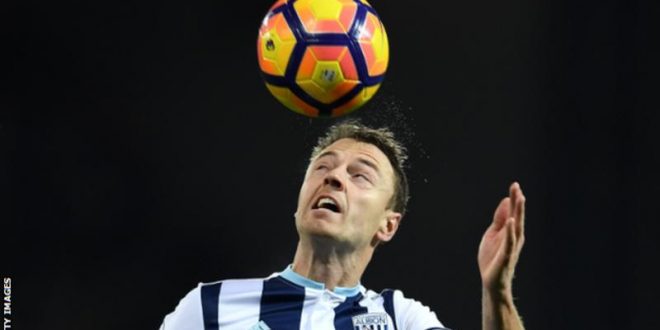 Leicester City have made a £23m offer for West Brom defender Jonny Evans, who is also wanted by Manchester City.

The Foxes had a £10m bid for the former Manchester United player, 29, rejected earlier in the summer.

The Baggies have since turned down two bids for the player from Manchester City, including one for £18m, with Thursday’s transfer deadline looming.

Manchester City are trying to offload France defender Eliaquim Mangala, 26, to create space in their squad.

Evans has joined up with the Northern Ireland squad in Manchester before Friday’s World Cup qualifier with San Marino.