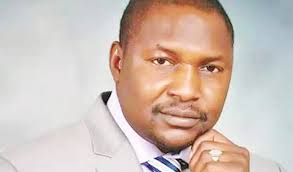 A Nigerian based non-governmental organization, the Human and Environmental Development Agenda (HEDA Resource Centre) (HEDA), has urged the Federal Government to out rightly revoked the OPL 245 licence granted to Malabu oil, just as it also asked the Nigerian government to immediately discontinued its relationship with oil company, ENI/SHELL.

The organisation said the call for the revocation is based on revelations that OPL 245 was not legally granted to Malabu Oil and Gas Limited, adding also that the relationship with ENI/SHELL as a Joint Venture partner should be terminated because the oil company have been indicted for fraudulently engaging in a corrupt process by the report of an Italian prosecutor’s preliminary investigation into the Malabu scandal.

In a petition sent to the Attorney General of the Federation, Mallam Abubakar Malami and signed by HEDA’s chairman, Mr. Olanrewaju Suraju, the Resource Centre urged the Minister of Justice to use the instrumentality of his office to recover the Licence granted to Malabu with respect to OPL245 and any illicit monies that were made by ex-government officials in subsequent Malabu transactions.

The petition reads: “Pursuant to our follow up petition and demand for the proper and effective investigation and prosecution of all government officials and individuals involved in the unfortunate and scandalous Malabu deal, our subsequent communications with the office of the Minister of state for petroleum resources, and latest exploration agreement purportedly signed with ENI-AGIP in Italy have revealed a seemingly compromising assertion maintained by the Ministry of petroleum resources to the effect that the position of the Nigerian government is to await the outcome of the ongoing court actions in respect of OPL 245 before taking any far reaching decisions in terms of its dealings with ENI.

“The above is also following the fact that the government in spite of its pleadings at a UK court asserting the willful engagement of a corrupt process in the contract by Shell and ENI in the Malabu deal and agreements, it is still involved in a thorough going relationship with the said ENI as a Joint Venture partner and has continued negotiations in finalizing terms for ENI’s commitment to take over the funding of the government’s 60% interest in the NNPC/ENI joint venture, in addition to the latest exploration agreement allegedly signed with ENI-AGIP recently in Italy.”

While querying the position of the Ministry on the issue, HEDA said, “The position of the Ministry of petroleum resources on the presumption of ENI’s innocence in the face of government’s pleadings before a competent court of jurisdiction in the United Kingdom to the contrary is contradictory, fraudulent and deliberately skewed towards another possible corrupt deal to the detriment of the overriding interest of Nigerians.”

HEDA explains: “It was discovered that the said Dan Etete had a represented personal interest of 30 shareholding amounting to 6 million shares in the company, initially using a fictitious name; Kweku Amafegha at the time of the award of OPL 245 to Malabu Oil and Gas Limited. Kweku at all material times was a pseudonym of Etete according to the sworn testimony of Etete in Energy Ventures Partners Ltd v. Malabu Oil and Gas Ltd (2013) EWHC 2118 (comm).

“The said act constitutes the height of conflict of interest and corrupt practice and this much was admitted in the federal government’s pleadings in the Admiralty & Commercial court of the High Court of Justice in the United Kingdom where it has initiated an action as claimant against Malabu Oil and Gas Limited with Claim number CL-2016-000631.

“On this basis, if it was not lawfully granted, it could not have been lawfully held or transferred by Malabu, as it is trite law in the legal parlance that no one can give what he does not have (nemo dat quod non habet) The law is also very clear on the fact that no action arises from a wrongful contract (ex turpi causa non orituractio). So, on the whole, you cannot place a transaction on nothing and expect same to stand.

“On the whole, it is obvious that Dan Etete as ex Minister of Petroleum services flouted several provisions of Nigerian statutes in his official actions with respect to the Malabu/OPL 245 deal, as acknowledged in Paragraph 50 of the particulars of claim in the aforementioned pleadings of the federal government in the Admiralty & Commercial court of the High Court of Justice in the United Kingdom.

“Thus, there is no single basis for the non-revocation of the grant of OPL 245 to Malabu as the said grant is to be treated by the federal government on the basis of the above as a nullity abinitio, Malabu Oil and Gas Limited being a vehicle of humungous fraud and corruption.

“Also, ENI/SHELL has been seen to have willfully engaged in a corrupt process in the obtaining of the OPL 245 as there are overwhelming evidences showing that Shell and Eni were aware that the purchase price would be paid to a character with a shady background, as it was revealed that on the 29th of April, 2011 ENI transferred $1.092 Billion dollars into an escrow account of the Nigerian government at the bank; JP Morgan Chase in London which is not the usual account of the state but a parallel one.

“In addition to the above, the reports of the Public Prosecution office at the ordinary court of Milan in its notification of completion of preliminary investigations highlighted the role of ENI’S former Chief Executive Officer, Paola Scaroni and his successor Claudio Descalzi and indicted them for alleged international corruption over the scandal.”

HEDA therefore stated that the federal government should sustain and religiously concludes the prosecution of those indicted in relation to the deal in accordance with relevant Nigerian statutes.

“The federal government discontinues entering into any new relationship with ENI/SHELL as a Joint Venture partner, these said companies having being indicted for fraudulently engaging in a corrupt process by the report of an Italian prosecutor’s preliminary investigation into the Malabu scandal.

“The grant of the above demands will go a long way in the restoration of the hope of average Nigerian that the oil wealth of the country is not the exclusive reserve of the Nigerian elite who views same as largesse to be shared amongst public officials. Also, it will effectively promote the anti-corruption posture of the federal government and serve as a deterrent to corrupt officials in the public and priva[truncated by WhatsApp]