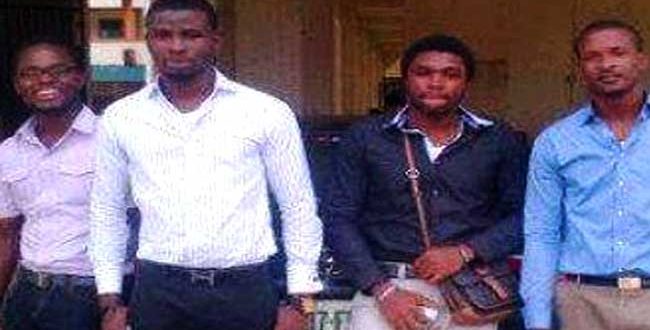 A High Court sitting in Rivers State has found three persons guilty of the murder of four students who were lynched in Aluu community in 2012.

The court presided over by Justice Nyordee also discharged and acquitted four others, who had been standing trial for the murder.

The Judge noted that the prosecution failed to prove its case of murder against the 4th, 5th, 6th, 7th accused persons beyond any reasonable doubt.

The other four suspects – Abiodun Yusuf, Joshua Ekpe, Abang Cyril, and John Ayu – were discharged and acquitted for lack of overwhelming evidence.

Justice Nyordee in his Judgment blamed the accused persons for embarking on mob action without having the facts about the action of the students.

The Judge said the death of the four children was a culmination of the shameful failure of security institutions especially in the area of intelligence sharing, adding that the Police, the Joint Military Task Force failed in their responsibilities.

The Aluu four refers to the four students of the University of Port Harcourt who were lynched and their corpses burnt for allegedly stealing mobile phones and laptops in Omuokiri community, Aluu in Ikwerre Local Government Area of Rivers State on October 5, 2012.

Twelve people had been arraigned for the murder of the young undergraduates but five were discharged early this year.

The father of one of the murdered students, Mr Mike Torku expressed disappointment in the judgment.

Torku said the only consolation from the decision of the court is that the children who were wrongly killed have been vindicated.

He said, “I am happy that the impression of them being criminals has been removed. Although it took about five years, we are happy to see this day. I will say, actually, we are partially happy.

“There were 12 persons we thought the court will convict and sentence, but the court did not see it that way. It is now clear that the boys were not criminals, they just went there to get what was borrowed from them.”