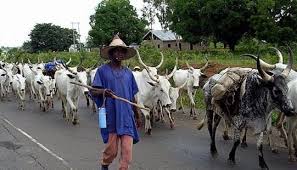 Police had on wednesday  restored calm to villages in Kajuru Local Government Area of Kaduna State, where 33 people died in clashes between villagers and Fulani herdsmen.

The Commissioner of Police in the state, Agyole Abeh, said 27 Fulani, living in the area, were killed by the villagers in two separate attacks, while six villagers died.

Abeh, at a press briefing in Kaduna, on Wednesday, stated that the incident started on July 11, when some villagers attacked a Fulani boy and his father.

He said the death of the boy later in a hospital, prompted some Fulani youths to attack the village, where those who allegedly killed the boy, hailed from and killed six of the villagers.

The police commissioner added, “The youths from the area immediately mobilised and went into the bush, attacking and killing, maiming and burning any Fulani settlement sighted.

“The police were contacted and we immediately moblilised and went to the scene, but the youths had already fled into the surrounding bushes leaving behind a death toll of 26 Fulani, mostly women and children.

“The injured were also recovered and taken to hospital where they are receiving treatment.

“Calm has been restored to the area and a joint police/military presence has been beefed up in the area to bring about lasting peace and restore confidence in the people of the community.”

The commissioner said the police would arrest and prosecute “those responsible for this dastardly and callous act.”

The commissioner said six cars, arms and ammunition were recovered from the suspects as investigation continued.

Meanwhile, the Acting President, Yemi Osinbajo, has ordered security reinforcements in Kaduna State following communal clashes in Kajuru, Kajuru Local Government Area of the state that had led to the loss of many lives.

The Senior Special Assistant to the Acting President on Media and Publicity, Mr. Laolu Akande, disclosed this in a statement made available to journalists in Abuja on Wednesday.

Akande further quoted Osinbajo as commiserating with families of the victims and the government and people of Kaduna State while wishing the injured victims speedy recovery.

Osinbajo was also said to have commended  the prompt response and efforts of the state government and security agencies which contained the situation and restored peace.

While condemning the violence, the Acting President noted that the security challenges in Southern Kaduna which had led to the needless deaths were a source of concern for the Federal Government and indeed all well-meaning Nigerians.

Noting previous and ongoing efforts of the present administration to confront the situation, Osinbajo assured all stakeholders that no effort would be spared in identifying and bringing  perpetrators of the violence against innocent Nigerians to justice, no matter how long or hard it might take.

According to him, Nigerians in the area and everywhere in the country have a right to live in peace, and the Federal Government considers it its sacred duty to protect such rights.