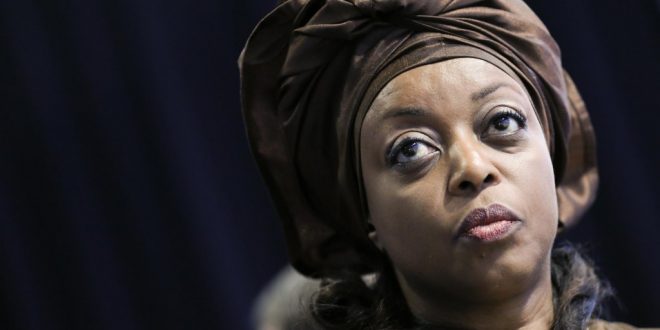 A Federal High Court Lagos on Wednesday ordered the temporary forfeiture of a $37.5 million property on Banana Island, Lagos, and millions of naira and dollars belonging to ex-Minister of Petroleum Resources, Diezani Allison-Madueke. The property, situated on the island, was allegedly purchased for the sum of $37.5 million in 2013 by Alison-Madueke.

Justice Chuka Obiozor gave the temporary forfeiture orders on Wednesday, following an ex parte application to that effect brought before him by a counsel for the EFCC, Mr. Anselem Ozioko.

Ozioko had told the judge that the EFCC reasonably suspected that the property was acquired with proceeds of alleged unlawful activities of Diezani.

The lawyer said investigation by the EFCC revealed that Diezani made the $37.5m payment for the purchase of the property in cash.

It added that the money was moved straight from her house in Abuja and paid into the seller’s First Bank account in Abuja.

“Nothing could be more suspicious than someone keeping such huge amounts in her apartment. Why was she doing that, to avoid attention?

“We are convinced beyond reasonable doubt because, as of the timeDiezani

this happened, Mrs. Diezani Alison-Madueke was still in public service as the Minister of Petroleum Resources,” Ozioko told Justice Obiozor.

The ex parte application, taken before the judge, was filed pursuant to Section 17 of the Advance Fee Fraud and other related Offences Act, No. 14, 2006 and Section 44(2)(k) of the constitution.

Listed as respondents in the application are Diezani; a legal practitioner, Afamefuna Nwokedi; and a company, Rusimpex Limited.

In a 41-paragraph affidavit attached to the application, an investigative officer with the EFCC, Abdulrasheed Bawa, alleged that Nwokedi, in connivance with Diezani, purposely incorporated the company, Rusimpex Limited, on September 11, 2013, to facilitate the alleged fraud scheme.