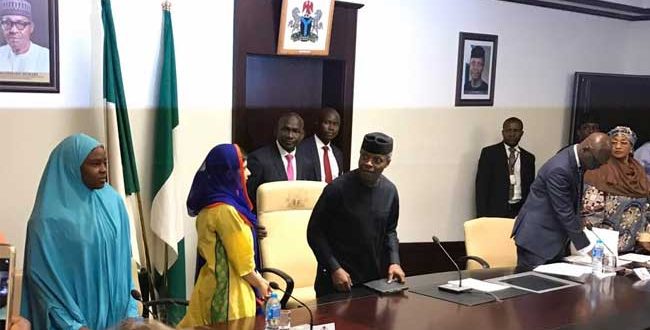 Malala Asks FG To Declare State Of Emergency On Education

July 18, 2017 Comments Off on Malala Asks FG To Declare State Of Emergency On Education 12 Views

Founder of the Malala Fund and girls education activist, Malala Yousafzai has asked the Federal Government to declare a state of emergency in the education sector.

She made the call on Monday after a closed door meeting with Acting President Yemi Osinbajo at the State House as part of activities to mark her visit to Nigeria, the second in three years.

Malala, who led a delegation of seven, said the education of girls and boys formed the major highlights of her meeting with the Acting President.

The meeting was attended by her father, Ziauddin Yousafzai, other girl rights activists as well as some members of the Federal Executive Council. 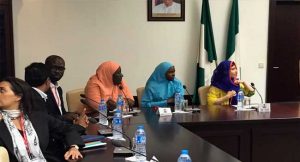 She urged state and local governments to pay more attention to the goal which she described as fundamental and called for transparency in the investment towards education as well as the implementation of the Child Rights Act.

She applauded the government’s efforts in the safe return of the over 100 Chibok schoolgirls and further expressed hope that more would be released to end the deprivation of education among the girl child in the country.

Malala last visited Nigeria in 2014 shortly Boko Haram terrorists abducted some schoolgirls in Chibok community of Borno State when she joined hundreds of people and groups to condemn the act.

She had pressured the administration of former President Goodluck Jonathan to ensure the safe return of the girls.

She had also called on the international community to assist Nigeria and Africa in ensuring that schoolchildren get quality education and urged governments across the continent to increase funding for education.

She had announced a donation of $200,000 from her foundation to support education in Nigeria.

In 2014, she was awarded the Nobel Peace Prize at the age of 17 alongside Kailash Satyarthi for her fight for the right of girls to education.

The Norwegian Nobel Committee noted that despite her youth, Malala fought for the right of girls to education for several years and has shown by example that children and young people can also contribute to improving their own situations.

They added that she fought under the most dangerous circumstances and has become a leading spokesperson for girls’ rights to education through her heroic struggle.

Share
Previous 70 per cent of Nigerian Celebrities Are On Drugs, Says Okey Bakassi
Next Defectors Will Return To PDP- Jonathan