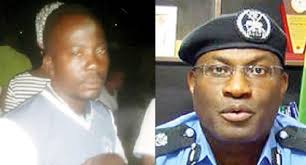 July 13, 2017 Comments Off on Motorcycle rider tortured to death by policeman 40 Views

A motorcycle rider known as Ibrahim Kosoko, has been killed after he was allegedly tortured by some policemen attached to the Area D Police Command, Mushin, Lagos State.

It was learnt that 41-year-old Ibrahim was among nine suspects picked up by the operatives during a raid on a shopping complex at Rainbow bus-stop, Agege-Motor Road, Mushin.

The policemen were said to have arrested some persons in some shops and demanded from them the whereabouts of one Ilesanmi, who was alleged to be among the masterminds of the mayhem that was created sometime in April 2017, in the Idi-Oro area of the state.

The suspects, who denied knowing Ilesanmi’s whereabouts, were said to have been taken to the area command where they were detained.

It was known that the Investigating Police Officer, one Eric, allegedly accused Ibrahim of being Ilesanmi and descended on the Lagos State indigene.

Eric was said to have been joined by other policemen, who allegedly told the victim to either confess to being Ilesanmi or give information on his whereabouts.

It was gathered that a policeman attached to the Inspector-General of Police Monitoring Team later intervened and got Ibrahim and another suspect released.

Ibrahim was said to have succumbed to his injuries and died on Saturday.

One of the shop owners, who identified himself simply as Muazu, told PUNCH Metro that Ibrahim and other customers were arrested by the policemen last week Monday.

He said, “Some people were eating in my noodle shop, while some others were chatting when the policemen appeared suddenly and arrested them. I don’t know their offences. The policemen didn’t say anything.”

One of those arrested that night, who identified himself only as Azeez, said the raid occurred around 11pm.

He said, “When we got to the station, they said they were looking for Ilesanmi. Ibrahim was the one they tortured the most because the IPO, Eric, said he must tell them where Ilesanmi was. At another time, Eric said Ibrahim was the one bearing the name. The policemen took our fingerprints after which they took us to our houses to search for exhibits. They found nothing incriminating and returned us to the cell.”

Another suspect, Isiaka Gbadamosi, a vulcanizer, said the policemen punched Ibrahim on different parts of his body.

“We were there from Monday till Wednesday. I think Ibrahim sustained internal injuries from the beatings,” he added.

It was also gathered that the owner of two shops in the complex, whose workers were also arrested, Tunde Yusuf, contacted the policeman with the IGP monitoring team, identified simply as Supol Ben.

Yusuf said he begged Ben to help in securing the bail of his workers, as well as Ibrahim.

“I own a lottery shop and a bar in the complex. My workers had closed for the day and were relaxing when they were arrested. Ben knew Ibrahim because the rider sometime took him free of charge to his destinations. When he heard about the incident, he went to mediate. But the police only released Ibrahim and Isiaka (Gbadamosi) to him,” he added.

Further investigation revealed that the families of the other seven suspects paid sums ranging from N7,000 to N12,000 before they were eventually freed.

It was learnt that Ibrahim took ill shortly after returning from the police station on Wednesday.

The widow, Funmilayo Kosoko, 39, said Ibrahim gave up on Saturday after complaining of pains.

She said, “I was told that a policeman hit him on the head with a big stick during the torture. When he returned, he complained of pains. He died on Saturday. I want the government to arrest that IPO and give us justice.”

He said, “The Area Commander said there was no torture and that the suspects arrested were suspected to be part of the Idi-Oro mayhem. As a result, they were questioned and interviewed and it was discovered they had no specific place of abode. A senior officer came for the bail of three of them, including the man in question. He was not tortured or assaulted.”