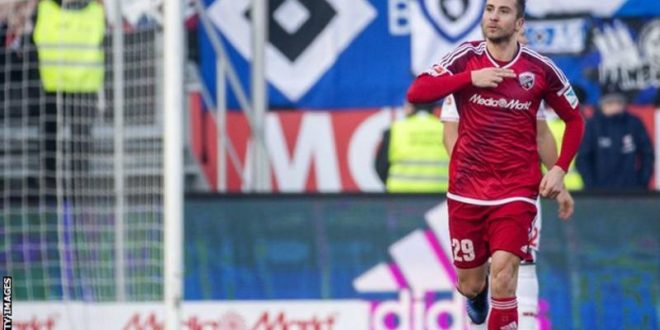 Premier League newcomers Brighton have completed the signing of Austria full-back Markus Suttner from German side Ingolstadt for an undisclosed fee.

The 30-year-old played 44 times for the Bundesliga side, scoring three goals

He also played more than 250 games in seven seasons for Austria Vienna, where he won the league and cup.

“Markus is someone we have been aware of for some time,” said manager Chris Hughton.

“He has a great level of experience internationally, and in the top divisions in both his native Austria and Germany, where he has played the last two seasons with Ingolstadt, and that experience will serve us well.”