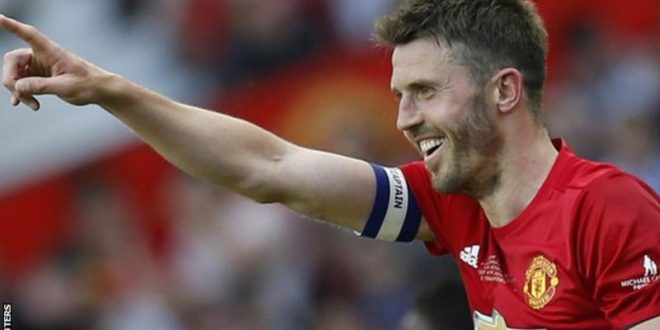 Carrick, 35, is the club’s longest-serving player, having joined in 2006, and replaces Wayne Rooney in the role after his move to Everton.

“It feels great and it is such a huge honour to captain such a great club,” Carrick told MUTV.

“I never thought I could be here for so long and achieve so much. I have grown to love the club over the years and to be in this position is very special.”

He added: “I will speak when I need to speak, but I am quite laid back and chilled out really. I will try to lead by example.”

Carrick moved to United from Tottenham for £18.6m and signed a contract extension earlier this year, committing to the club until June 2018.

He has played 459 times for the club, winning five Premier League titles, the FA Cup and the Champions League.